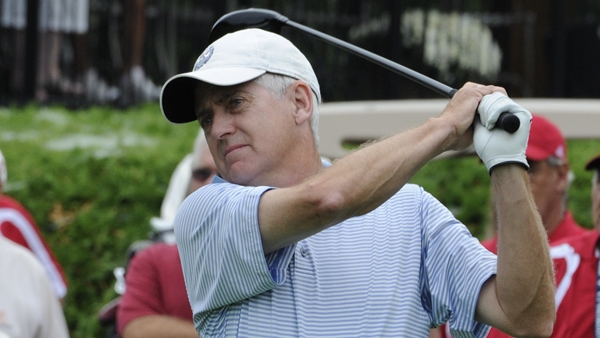 West Vancouver, B.C. – Top male senior golfers from Australia, Canada, Hong Kong and the United States will compete at the 2014 Canadian Men’s Senior Championship which will take place from August 25-29 at Capilano Golf and Country Club in West Vancouver, B.C.The Canadian Men’s Senior Championship, featuring players aged 55 and over, is played over 72 holes with a cut after 36 holes to the low 70 scores and ties. The Super Senior Championship, featuring players aged 70 and over, is contested concurrently over the first 36 holes of the championship. The Senior Inter-Provincial Team Championship, featuring three-player teams representing each of the ten provinces, also runs concurrently with the first 36 holes of the tournament.Conducted since 1962, the 2014 Canadian Men’s Senior Championship will see 156 players take to Capilano Golf and Country Club.“The field is incredibly strong at this year’s Canadian Men’s Senior Championship,” said Golf Canada Tournament Director Mary Beth McKenna. “Capilano is going to challenge these elite competitors from across our country and worldwide and we’re looking forward to another great championship.”Calgary’s David Schultz will return to defend his title after his one-stroke victory over Chip Lutz last year at The Briars Golf Club. Additionally, Schultz will be joined by a strong contingent of international players ranked inside the top-50 on Golfweek’s Senior Amateur rankings including, No. 2 Steve Sharpe of Greensboro, N.C., No. 8 Cyrus Whitney of Oro Valley, Ariz., No. 15 Jeff Burda of Modesto, Calif., No. 16 Brady Exber of Las Vegas, Nev., No. 25 Pat Thompson of Asheville, N.C., No. 49 Doug Williams of Hong Kong and No. 50 John Hull of Scottsdale, Ariz.Capilano Golf and Country Club consistently ranks inside the top-10 courses in Canada. The Stanley Thompson designed course has a rich history in competition as the club has previously hosted seven of Golf Canada’s national championships alongside the World Amateur Team Championship in 1992. Additionally, the Pacific Coast Amateur was contested at the club in 2003 and 2013.“Our membership has come together to support this championship and we are all looking forward to making this an event to remember for the competitors and spectators,” said General Manager, Brad Burgart. “Hosting a national championship is a great honour and we’re excited to watch as these elite competitors vie for a national championship title at our club.”Locally, Canadian Golf Hall of Fame member Doug Roxburgh of Vancouver headlines the list Canadian competitors. Roxburgh, a 4-time Canadian amateur champion and a 13-time B.C. Amateur Champion, recently defended his title at the 2014 B.C. Men’s Senior Championship. He will look to add his first Canadian Men’s Senior title to his incredible amateur career. In the Inter-Provincial Team Competition, the Team Alberta contingent of Frank Van Dornick, Jim Russell and Pat McGowan will look to defend their title after besting Team British Columbia in 2013 by seven strokes.The 2014 Canadian Men’s Senior Championship winner will earn an exemption into the 2014 U.S. Senior Amateur Championship at Big Canyon Country Club in Newport Beach, Calif. September 13-18, 2014. More information on the championship can be found here.