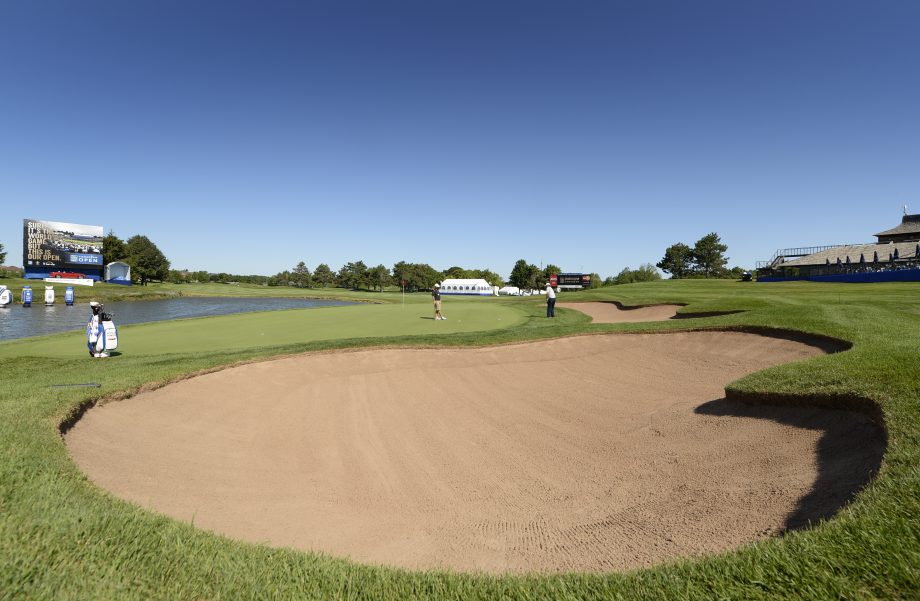 OAKVILLE, Ont. – Golfers at the Canadian Open should put away their umbrellas and grab their sunscreen.

After rain and wind delayed the British Open and forced the first Monday finish since 1988, weather is setting up almost perfectly for Canada’s national open at Glen Abbey Golf Club.

Now that the wet, wild and windy time in Scotland is over, the almost 30 golfers turning around to play the RBC Canadian Open are looking forward to some dry weather and a course that provides a stark contrast to St. Andrews.

“You’re expecting hard, tough conditions at the British Open, at The Open Championship. But not unplayable weather and conditions,” said Jason Day, who tied for fourth at the British. “You can attack this golf course a lot more.”

Golf Canada CEO Scott Simmons knocked on the wood table in front of him even discussing the weather. But the forecast is for mostly a clean four rounds of play.

That’s a world of difference from the wind-beaten, rain-soaked British Open that was forced to finish Monday. The Canadian Open, back at Glen Abbey for the 27th time, is a more predictable style of game.

The charm of links golf in Scotland and the challenge that presents in one of golf’s four majors is valuable. But the Canadian Open should be a more enjoyable experience for players and those watching in person and on television.

One element of that is the weather, where temperatures are forecasted to hover just below 30 degrees and three of four days shouldn’t have rain. There’s a 30 per cent chance of rain Saturday afternoon.

Day, world No. 3 Bubba Watson, No. 7 Jim Furyk, DeLaet and Hearn are among the players who barely dried out before getting on the charter flight back to Toronto for the Canadian Open. The Monday finish gave them a late start to their preparations

But their first look at the course was a favourable one, even if wind might make the greens faster and raise the degree of difficulty.

“It’s in unbelievable shape, the best I’ve ever seen it,” DeLaet said. “It’s firm, quick. There are some balls rolling down the fairway. If you get something downwind, you can hit one hard.”

American Hunter Mahan said driving the ball will be more important at the Canadian Open, unlike the British, where the hilly fairways are so vast.

“You’ve got to hit it well off the tee here, you’ve got to put the ball in play,” Mahan said. “Good aggressive iron play is going to be rewarded.”

The 524-yard par-5 18th will give players plenty of eagle opportunities and the fan excitement the comes with it. But players still consider the Canadian Open demanding.

Hearn, a native of Brantford, Ont., doesn’t want this to be easy and doesn’t mind if Glen Abbey has “a little bit of teeth” this time around.

“It really comes down to how you feel about the tee shots and how you’re going to be able to give yourself birdie chances,” Hearn said. “It still comes down to being able to control your ball off the tee and give yourself chances coming into the greens.”

DeLaet and Hearn headline the group of 16 Canadians in the field. No Canadian has won this tournament since Pat Fletcher in 1954.

Watson, who missed the cut at the British Open, is a two-time Masters winner, but he’s taking special value in the Canadian Open in part because his wife, Angie, is from Pickering, Ont.

“Any trophy is a good one,” Watson said. “Any time you can hold a trophy – major, non-major, doesn’t matter – holding a trophy is what we’re trying to do.”