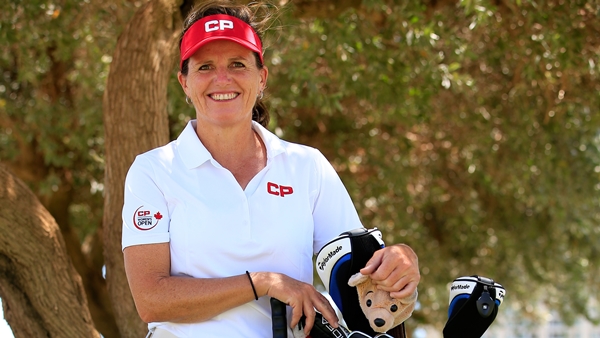 Kane will represent CP and the Canadian Pacific Women’s Open over the course of the railroad’s three-year partnership with Golf Canada as title sponsor of Canada’s National Women’s Open Championship.

“I’m thrilled to be working with Lorie again,” said E. Hunter Harrison, CEO of Canadian Pacific. “Lorie has been an outstanding ambassador for Canadian golf throughout her accomplished career and she will continue to have a positive impact on our sport and the Canadian Pacific Women’s Open. We are overjoyed to have her join the CP family.”

Now in her 19th season on the LPGA Tour, Kane has established a reputation as one of the most well-liked and consistent players in the game. She has four career victories, accumulated 99 Top-10 finishes, and currently sits 23rd on the Career Money List with nearly $7-million in earnings. Off the course, she was named a recipient of the Order of Canada in 2006 and was selected as a torch bearer for the 2010 Winter Olympic Torch Relay – both honours in recognition of her outstanding contributions to Canadian sport and the community.

“It is truly a privilege to be chosen as the golf ambassador for Canadian Pacific,” said Kane. “I look forward to working with Hunter and everyone at CP to promote golf in Canada and raise important funds in communities across our great country.”

The inaugural Canadian Pacific Women’s Open is scheduled for August 18-24, 2014 at the London Hunt and Country Club in London, Ont. For tickets, corporate hospitality and volunteer information visit www.cpwomensopen.com or call 1-866-571-5742.