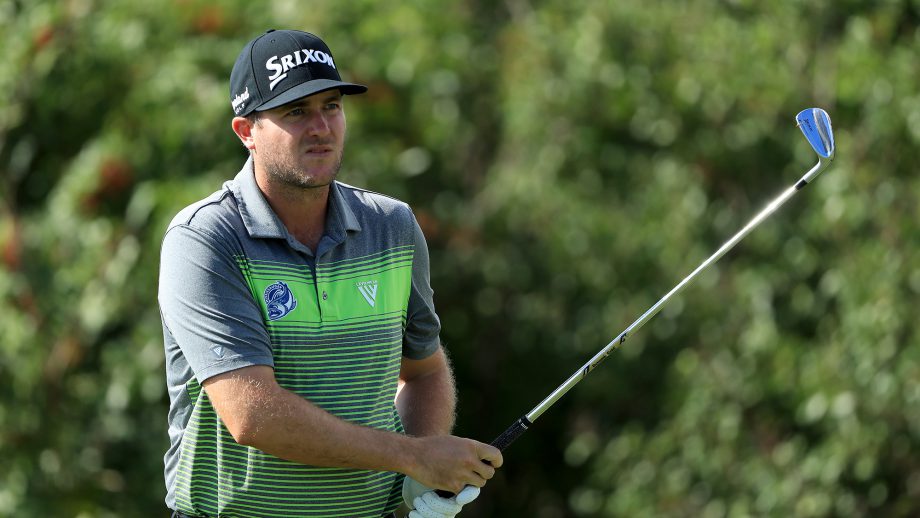 PANAMÁ CITY, Panamá — Taylor Pendrith carded a 7-under 63 to take the first-round lead at the Panamá Championship. Greyson Sigg sits alone in second after posting a 6-under 64 at the Club de Golf de Panamá. Grant Hirschman and Ryan Ruffels are two strokes off the lead after posting matching 65s on Thursday.

Pendrith began his round with a fast start carding birdies on three of his first four holes. The 28-year-old added three more birdies against one bogey to post a front nine 30. Despite making his second bogey of the day on No. 11, he rallied with birdies on Nos. 12 and 15 to get back to 6-under. Pendrith stuck his approach on the last and holed his short birdie putt to finish the round at 7-under.

“It was pretty smooth honestly,” Pendrith said of his round. “It’s nice to get off to a good start. I hit a lot of really good wedge shots inside 10-feet and my putter was on. I made a really good bogey on No. 11. I birdied the next hole and had a lot of good looks coming in.”

“To get two wins was a breakthrough year,” he said. “I’ve been close in the past up there losing in a bunch of playoffs. It gives me a lot of momentum and confidence coming up here knowing that I know how to win on the Mackenzie Tour. Hopefully I can chase a win down out here.”

“Me and him (Gligic) are good buddies,” Pendrith said. “Obviously, he’s the champion here from last year. We have some good Canadian vibes here. I play golf with Gligic all the time and it’d be cool to go back-to-back Canadian wins here.”

.@TaylorPendrith on the prowl 🚶🏻‍♂️

Greyson Sigg sits alone in second after carding a 6-under 64 on Thursday. Beginning the day on the front nine, Sigg recorded pars on each of his first three holes. He erupted with an eagle on the par-5 fourth and added birdies on Nos. 6 and 9. Despite a bogey on No. 10, Sigg rebounded with birdies on Nos. 12, 14 and 15. The 24-year-old played his remaining three holes at even-par to post 6-under for the round.

“I got off to a pretty good start,” Sigg said. “I shot 4-under on the front nine and bogeyed No. 10 but kind of brought it back with a couple birdies there. All in all, it was a pretty solid day.”

The University of Georgia product is making his first start at the Panamá Championship. The Club de Golf de Panamá typically ranks as one of the hardest courses on the Korn Ferry Tour and was the most difficult last season. However, the par-70 layout played significantly softer on Thursday providing players with ideal scoring conditions.

“I played with a couple guys in the practice rounds and they were saying how different it is,” he said. “It’s almost a good thing I haven’t seen the golf course and how different it’s playing.”

Grant Hirschman tallied seven birdies against two bogeys during Thursday’s opening round to post 5-under 65. The 24-year-old credited a hot putter as the key to his successful debut at the Club de Golf de Panamá.

Hirschman made 13 cuts in 18 starts on the Korn Ferry Tour last season. During the final stretch of the 2019 Regular Season, the University of Oklahoma product recorded four top-20s in his final five starts to finish 67th on the points list and retain status for 2020.

“I like to think I’m carrying momentum from last year into this season,” he said. “I ended on quite a string of top-25s and a couple top-10s and had a top-10 last week. I’m kind of trying to keep it rolling.”

Ryan Ruffels, making the third start of his Korn Ferry Tour career, carded a bogey-free 5-under 65 on Thursday. The 21-year-old tallied birdies on Nos. 6, 7 and 8 en route to a front nine 32. He added birdies on Nos. 12 and 17 to earn a share of third.

Ruffels is no stranger to golf in Latin America having made 43 starts on PGA TOUR Latinoamérica. The Australian earned guaranteed starts for the 2020 season after finishing T21 at the Korn Ferry Tour Qualifying Tournament last December.

“I played in Latin America the last two years so I’m comfortable down here,” Ruffels said. “I’ve played a lot of golf down in South America. Q-School was about as much pressure as you could get. I was able to get through all of those challenges pretty well.”