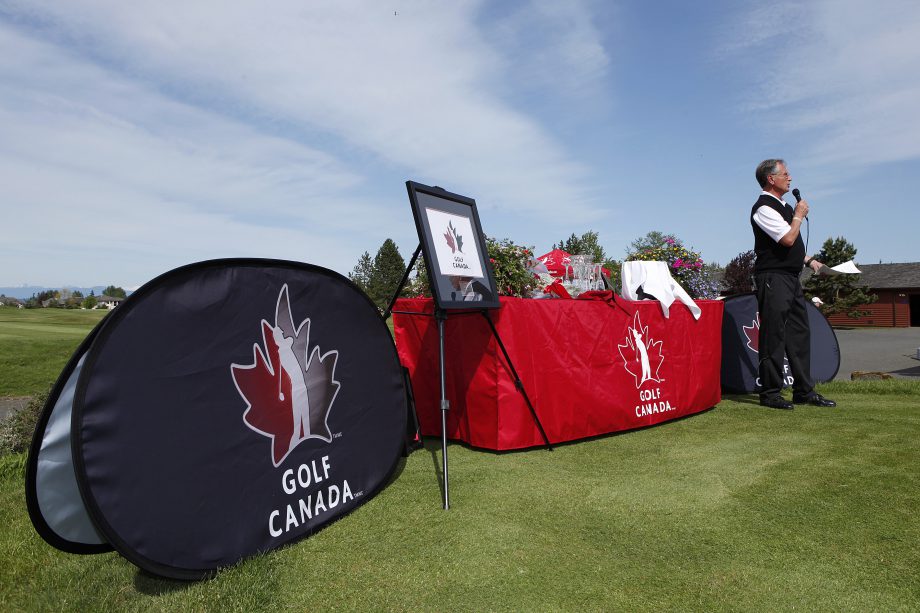 The 14th Canadian Women’s Tour continues with its second stop of the season heading to Smiths Falls, Ont. at the Smiths Falls Golf & Country Club from June 15-17.

Team Canada Young Pro Squad member Brooke Henderson – the highest ranked Canadian professional – and her older sister Brittany will headline the competition to be contested at their home club. The younger Henderson is the defending champion of the Canadian Women’s Tour’s Ontario stop, having won last year’s event as an amateur in Niagara Falls. The 17-year-old went on to claim the Tour’s finale at the 2014 PGA Women’s Championship of Canada.

This year’s event will open with the sisters’ inaugural charity Pro-Am – the “Magenta Mortgage Pro-Am presented by Mike Fair Chevrolet Buick GMC Cadillac Ltd. in support of the Team Henderson 110% Club” on Monday, June 15 before a field of 86 Canadian and international professionals and amateurs tee off for the 36-hole competition on Tuesday and Wednesday.

The purse for the tournament is set at $60,000 with a $10,000 share awarded to the winner. The champion will also receive an exemption into the 2015 Canadian Pacific Women’s Open taking place August 17-23 at The Vancouver Golf Club in Coquitlam, B.C.

“Golf Canada is thrilled to bring the Ontario stop of the 2015 Canadian Women’s Tour to Smiths Falls Golf & Country Club,” said Mary Beth McKenna, Tournament Director for the event. “We will have a strong and experienced field with a number of players looking to impress friends and family in attendance. With an exemption into the Canadian Pacific Women’s Open for the taking, it should be a very exciting tournament on a beautiful course.”

The Smiths Falls Golf & Country Club will test the talented athletes with a variety of elevation changes, well-protected greens and a winding layout through sprawling forests of mature cedar, spruce and evergreens.

Among those in contention will be Corona, Calif., native Michelle Piyapattra, who won the Tour’s first stop earlier this month at Calgary’s Glencoe Golf & Country Club. It was the second consecutive year in which she emerged victorious on the Tour’s first leg. Piyapattra is currently in her rookie season on the Symetra Tour.

A number of former Canadian Women’s Tour champions will be joining Piyapattra and the Henderson sisters, including Jessica Boris née Shepley. The Oakville, Ont., product has registered multiple victories on the Tour and has claimed two PGA Women’s Championship of Canada titles. Samantha Richdale of Kelowna, B.C., and Kirby Dreher of Fort St. John, B.C., will also set their sights on returning to the winners’ circle of the Canadian Women’s Tour.

Canada’s national teams will be well-represented at the competition. Joining Brooke Henderson from the Young Pro Squad will be Rebecca Lee-Bentham of Richmond Hill, Ont., who finished tied for fourth at both the 2011 and 2012 Tour stops in B.C. The four members of Canada’s National Amateur Team – Calgary native Jennifer Ha, Elizabeth Tong of Thornhill, Ont., Brittany Marchand of Orangeville, Ont., and Allen, Tex. product Maddie Szeryk who is coming off a strong freshman year at Texas A&M – will also vie for the prized exemption into the 43rd playing of Canada’s National Women’s Open Championship.

The final stop on the tour, the PGA Women’s Championship of Canada, is scheduled for July 20-22 at Burlington Golf & Country Club in Burlington, Ont.

The five highest ranked players on the Canadian Women’s Tour Order of Merit will also be awarded direct entry into the second stage of LPGA Qualifying School.