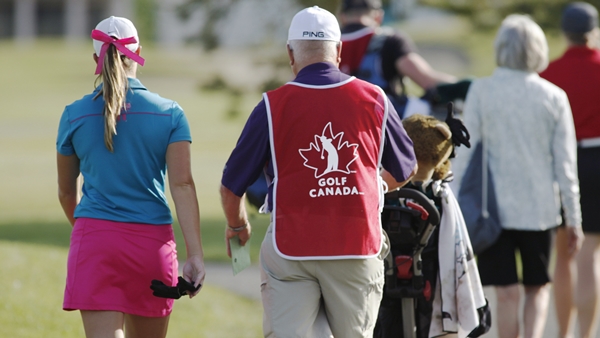 Each event champion will earn direct entry into the 43rd playing of Canada’s National Women’s Open. Following the tour’s finale – the PGA Women’s Championship of Canada – two additional exemptions will be awarded to the top two competitors (not otherwise exempt) on the 2015 Canadian Women’s Tour Order of Merit.

“Golf Canada is thrilled to announce the venues for the 2015 Canadian Women’s Tour,” said Tournament Director Mary Beth McKenna. “Our competitors will have the opportunity to demonstrate their elite skill level on three challenging, competitive courses. The additions of these marquee clubs will add to the proud tradition of the tour and help demonstrate the passion for golf in Canada.”

Glencoe Golf and Country Club, located just outside of Calgary, will play host for the tour’s season-opening event. From May 25-27, the picturesque course situated along Elbow River will feature a field of top golfers from Canada and abroad.

The second leg of the tour will be played June 15-17 at Smiths Falls Golf and Country Club in Smiths Falls, Ont. Winding through forests of cedar and spruce, the club is home to Team Canada’s Brooke Henderson and her sister Brittany. The pair will kick off the championship by hosting their inaugural charity pro-am in support of the Team Henderson 110% Club.

Conducted in partnership with the PGA of Canada, the PGA Women’s Championship of Canada will close the 2015 tour. From July 20-22, the finale will take centre-stage at the Burlington Golf and Country Club in Burlington, Ont.

The 2014 tour opener saw Michelle Piyapattra earn the season’s first exemption at Morningstar Golf Club in Parksville, B.C. Brooke Henderson won both the second leg of the circuit and the 2014 PGA Women’s Championship of Canada in her home province. Samantha Richdale of Kelowna, B.C. and Simin Feng of Windermere, Fla. earned the final two exemptions and the right to compete in the 2014 Canadian Pacific Women’s Open at the London Hunt and Country Club in London, Ont.

The 2015 edition of the Canadian Pacific Women’s Open is set to take place August 17-23 at the Vancouver Golf Club in Coquitlam, B.C. Four exemptions will be available through an 18-hole qualifying competition held at Pitt Meadows Golf Club in Pitt Meadows, B.C. on August 17. These four qualifiers and those who emerge with exemptions from the Canadian Women’s Tour will join a full field of the world’s top golfing talents to compete for the honour of being named Canadian Pacific Women’s Open champion.

For more information on the Canadian Women’s Tour, click here.