Canadians 8 shots back of leader at Olympics 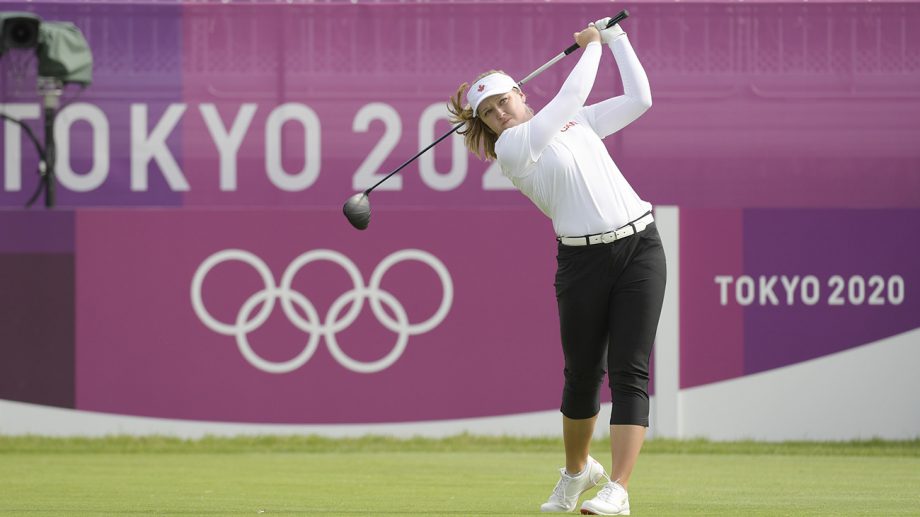 SAITAMA, JAPAN - AUGUST 04: Brooke Henderson of Canada plays the a shot on the first hole during the first round of the Women’s Individual Stroke Play event on Day 15 of the Tokyo 2020 Olympics at the Kasumigaseki Country Club on August 4, 2021 in Saitama, Japan. (Photo by Stan Badz/PGA TOUR/IGF)
Golf Canada

Both Canadians struggled in the first round of women’s golf.

Alena Sharp and teammate Brooke Henderson shot opening rounds of 3-over 74. Henderson was near the top of the leaderboard for the first nine holes. But four bogeys on the back nine saw her slide down the standings.

Madelene Sagstrom of Sweden leads after carding a 5-under 66, with Nelly Korda of the U.S. and Aditi Ashok of India behind her at 4-under

While the summer heat was something of a forgotten concern ahead of the Tokyo Olympics due to the pandemic, it definitely was noticeable last week during the men’s golf competition and became a real-life factor Wednesday as the women’s tournament got underway at Kasumigaseki Country Club.

Leader Sagstrom certainly didn’t experience the 41C/105.8F afternoon heat index in her home country of Sweden, but she did attend Louisiana State University, now lives in Orlando, Florida, and has played in even worse furnace-like conditions in Thailand and Singapore.