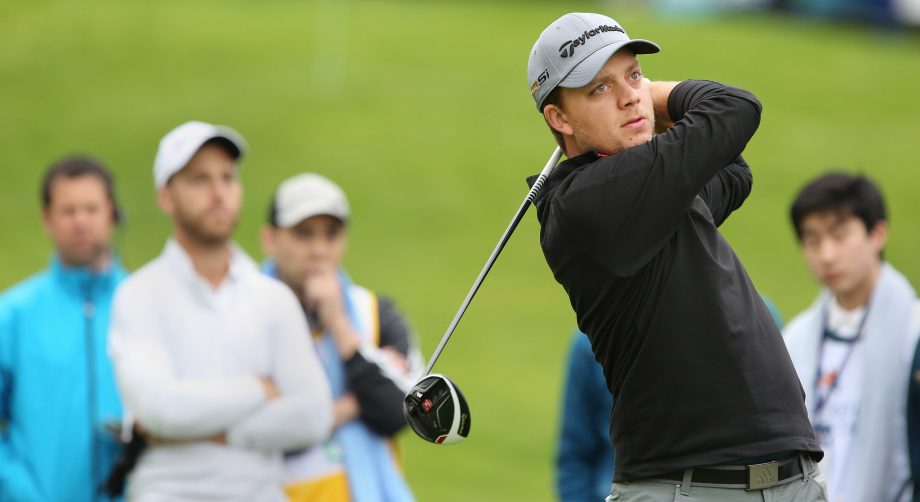 Florida’s Tyler McCumber and New York’s Dan McCarthy reached 10-under par through 36 holes at Point Grey Golf and Country Club on Friday to share the second round lead at the Freedom 55 Financial Open, the opening event of the 2016 Mackenzie Tour – PGA TOUR Canada season.

McCumber, a two-time winner on PGA TOUR Latinoamérica in 2014, birdied the 18th hole for one of his six birdies in a round of 68 on Friday to match the lead set earlier by McCarthy, who was bogey-free with six birdies on the day.

“It was nice to get a shot back coming down the stretch. There were so many good shots today, but those are the ones to focus on for me,” said McCumber, a University of Florida graduate and the son of 10-time PGA TOUR winner Mark McCumber.

McCarthy, a veteran of 39 Mackenzie Tour starts, credited a more conservative approach to Point Grey’s tree-line layout than his last two starts in Vancouver, both of which resulted in missed cuts.

“I hit a ton of greens, so I wasn’t grinding out pars out there,” said McCarthy. “The pins are challenging, so you kind of have to make decisions to not go after them and play towards the fat part of the green, and that’s something I’ve learned over the years.”

One shot behind McCarthy and McCumber was Florida’s Taylor Hancock, a recent University of North Florida grad making his pro debut this week.

“Surprisingly, I was just really calm. I don’t know why. It was just fun to be able to say I’m a professional,” said Hancock. “A couple of holes down the stretch, I started to feel it a little bit, but you live for that and that’s what you enjoy.”

National Team member Eric Banks of Truro, N.S., is tied for 32nd at 2-under. Team Canada Development Squad members Tony Gil (Vaughan, Ont.) and A.J. Ewart (Coquitlam, B.C.), who finished 2-over and 8-over, respectively, will not head into weekend play.