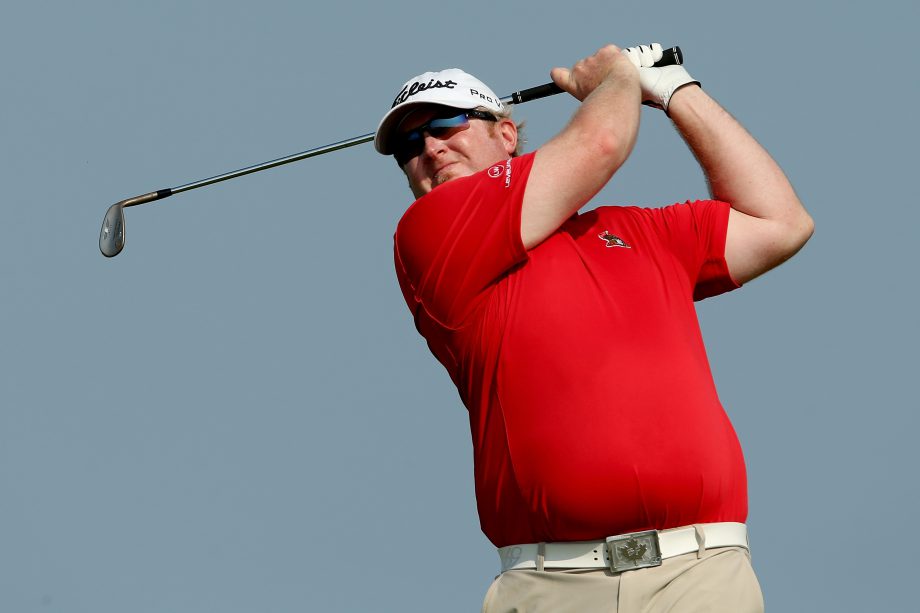 Two Canadians have emerged from the longest day of golf and have received their tickets to the 115th U.S. Open at Chambers Bay in University Place, Wash., June 18-21.

Competing in one of the toughest fields at Brookside Golf and Country Club, PGA Tour member David Hearn of Brantford, Ont., and Manotick Ont., native Brad Fritsch, who plays on the Web.com tour, have earned spots into the U.S. National Open Championship.

Monday was the final chance for nearly 800 players, at 10 sectional qualifying events, to enter the field of competition through though 36-hole qualifiers spanning the country.

In a field loaded with PGA Tour members, Hearn shot a bogey-free total of 11 under to tie for third, one stroke behind co-medalists Michael Putnam and Samuel Saunders. Fritsch tied for seventh on the strength of a final round 67 to finish 8 under.

After claiming the top spot in the sectional event, Putnam will be a favourite heading into the U.S. Open next week as he heads to his home town of University Place, Wash. Putnam lives just over a mile from Chambers Bay, south of Seattle, and has the advantage of playing the course more than anyone.

Another Ontario native just missed out on a spot in the championship. Mackenzie Hughes, a member of Team Canada’s Young Pro Squad, finished his second round with a double-bogey placing him fourth in a field of 50, just shy of the three qualifying spots. The Dundas, Ont., native needed a bogey to qualify for a three-way playoff or a par to gain a spot. Hughes will be an alternate for the 2015 U.S. Open.

Hearn and Fritsch are the only Canadians to book their tickets to University Place.

– Luke Donald was back in U.S. Open qualifying for the first time in 11 years. He had a 68 in his second round at The Bear’s Club – his home club in south Florida – to earn one of four spots. He shared medalist honors with Florida State’s Jack Maguire and Andrew Pope. Sam Horsfield, an 18-year-old who plans to attend Florida, won a playoff for the last spot.

– Lee Janzen won the U.S. Open in 1993 at Baltusrol and in 1998 at Olympic Club. After his 10-year exemption expired, he never made it through a qualifier. He was disqualified two years ago for wearing metal spikes at a course that doesn’t allow them. At in the New York sectional, Janzen shot 69-68 to earn one of four spots. The other qualifiers were Jamie Lovemark, Pat Wilson and Rich Berberian Jr.

That sets up Janzen for three straight weeks of majors – a Champions Tour major in Boston this week, the U.S. Open, and the U.S. Senior Open.

– Roberto Castro, who played in all four majors last year, made it through the Georgia qualifier at Hawks Ridge by not making a bogey in rounds of 64-68. But his brother, Franco Castro, missed by one shot and will be an alternate. The other qualifiers from that site were college players Matthew NeSmith and Lee McCoy.

– Cole Hammer, a sophomore in high school, shot 64-68 at Northwood Club in Dallas to gain one of six spots with two shots to spare. Steve Marino, Rod Pampling and Peter Malnati, all of whom have been full PGA Tour members, missed by one shot. Tour rookie Carlos Ortiz missed by two.

“My main goal was to see how I match up against these people. I just had to keep doing what I was doing,” Hammer said. “This means the world to me.”

– Navy veteran Billy Hurley III earned one of three spots in the Maryland sectional with rounds of 66-72. The other spots went to Denny McCarthy, who reached the semifinals of the U.S. Amateur last year, and Tim O’Neal.

– In the other qualifier filled with PGA Tour players, two-time U.S. Open champion Retief Goosen held on for one of 10 spots in Memphis, Tennessee. Blayne Barber shared medalist honors. Others who made it through included Brian Harman and Andres Romero.

– A trio of Washington Huskies made it out of the Washington qualifier at Tumble Creek Club – Richard Lee and Troy Kelly, both on tour, and Cheng-Tsung Pan, the runner-up at the NCAA championship this year. Pan qualified for the British Open last year in an Asian qualifier.

– Beau Hossler returns to the U.S. Open. He featured on the weekend at Olympic Club in the 2012 U.S. Open when he was 17. He now plays for Texas and earned one of six spots from the California qualifier in Newport Beach.

The most spots (15) were available in Columbus, held the day after the Memorial.

David Lingmerth, who won the Memorial in a playoff over Justin Rose, failed to earn a spot in the U.S. Open. Among those who qualified were Bryson DeChambeau, the NCAA champion from SMU. Also getting through were David Hearn of Canada, Camilo Villegas and Ryo Ishikawa.

Thunderstorms were forecast for Ohio, leading to a delay in the afternoon. It also led to plenty of players withdrawing – a total of 28, including nine on Monday.

There is still hope for the alternates from the sectional qualifiers. The U.S. Open field still has eight spots available. Some will be given to whomever is in the top 60 in the world a week from Monday, and the rest will be filled by alternates.

The USGA has not determined the order of the alternates.