Canadians Hamilton & Rank fall in Round of 32 at U.S. Amateur 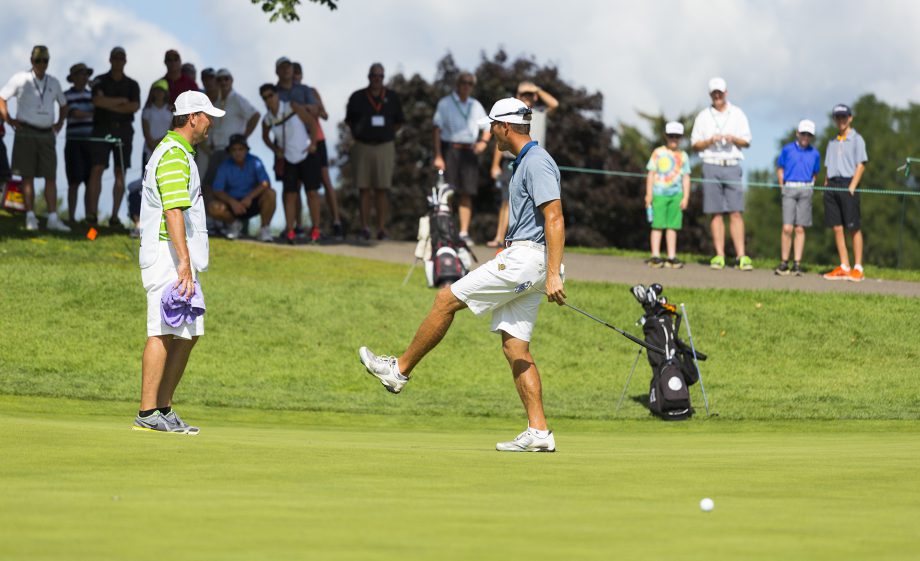 BLOOMFIELD TOWNSHIP, Mich. – It wasn’t meant to be for Canada’s two remaining competitors at the 116th playing of the Men’s U.S. Amateur Championship at Oakland Hills Country Club.

Garrett Rank of Elmira, Ont., came up just short in a comeback bid against Denver, Colo., product Kyler Dunkle, losing by a hole. The 28-year-old journeyman was down 3 holes heading to the 15th, and managed to cut the deficit to 1 hole with two to play. Rank failed to capitalize on a bogey from Dunkle on the par-4 18th, matching his score to remain 1 hole back for the loss.

Rank will look to rebound next week as he tries for three consecutive wins at the Canadian Men’s Mid-Amateur Championship at Golf-Château-Bromont from Aug. 22-26 in Bromont, Que.

Fellow Canadian and Team Canada Amateur Squad member Blair Hamilton of Burlington, Ont., came up just short in a back-and-forth affair with Brad Dalke of Norman, Okla. The pair duelled with nine lead changes in the match, with the nod eventually going to Dalke following back-to-back wins on the final two holes for a 2-up victory.

Hamilton won’t leave with any hardware, but he did manage an eagle on the par-5 2nd hole today to add to his hole-in-one in yesterday’s Round of 64 match.