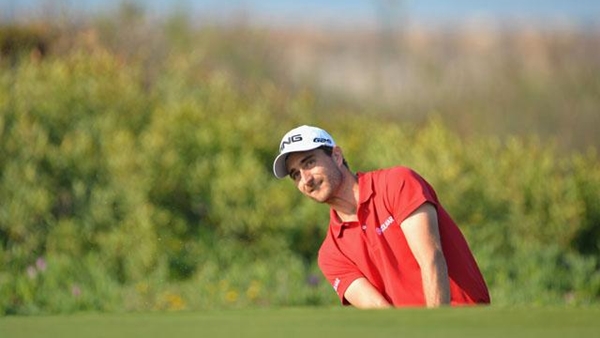 AGADIR, Morocco – Alejandro Canizares of Spain retained a one-stroke lead over Seve Benson of England by shooting a 4-under 68 in the second round of the Trophee Hassan II on Friday.

Overnight leader Canizares made seven birdies and three bogeys for a total of 14-under 130.

“I felt really confident so I was not thinking too much, I needed to let the golf happen,” Canizares said. “In some cases my putter was a little cold today but I kept it going on the back nine.”

Canizares won the Russian Open in 2006 and shared fifth place at the Qatar Masters in January.

Benson birdied the fifth hole to climb atop the leaderboard but surrendered the lead by dropping a shot on the eighth. He also carded a 68.

Rafa Cabrera-Bello of Spain (67) climbed to third place, five strokes off the pace.

David Horsey of England got back in contention by firing a bogey-free 64, the lowest score of the day. The 2011 winner was tied for fourth with Magnus Carlsson of Sweden (71) and Connor Arendell of the United States (71) at 136.

Arendell went through qualifying school in November to earn his card for this season. The American made the cut for the first time in five attempts.