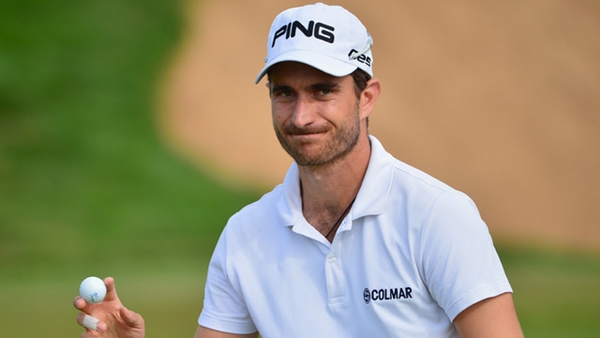 AGADIR, Morocco – Alejandro Canizares of Spain completed a wire-to-wire victory at the Trophee Hassan II by shooting a 2-under 70 in the final round Sunday for a five-stroke win.

Leading after all four rounds, Canizares made six birdies and dropped four shots for a 19-under 269 total.

“Golf is such a special game because I came here a little depressed about my game,” Canizares told the European Tour website. “It wasn’t on. I wasn’t hitting the ball well, I wasn’t putting well. And after 10 minutes practicing with my coach and 30 minutes practicing with a putting coach, it just clicked and it just felt so natural, so easy. I felt like the golf course was easy for me.”

Andy Sullivan was second after shooting the lowest score of the day. The Englishman had 10 birdies and a bogey for a 63.

Magnus Carlsson of Sweden carded a 68 to share third place with Seve Benson of England (71) at 276.

Canizares won the Russian Open in 2006 and tied for fifth place at the Qatar Masters in January.

“It’s been a long time since the last win,” Canizares said. “It felt like it was never coming but this week I played great, some of the best golf of my career. I hit good shot after good shot and kept my focus.”

Canizares went into the final round with a six-stroke lead. He birdied the 12th hole to extend his lead to eight strokes. The Spaniard had a such a comfortable cushion that he could even afford a double bogey on the final hole.

“I was very accurate and solid with my irons,” Canizares said. “I left myself lots of chances and although I did not make all of them, the first day was the key. I putted great the first day, shot 10 under and just kept pushing on.”

Sullivan started the final round in 15th place. But he holed seven birdies on the back nine for his best result this season since a fifth-place finish at the Joburg Open in February.