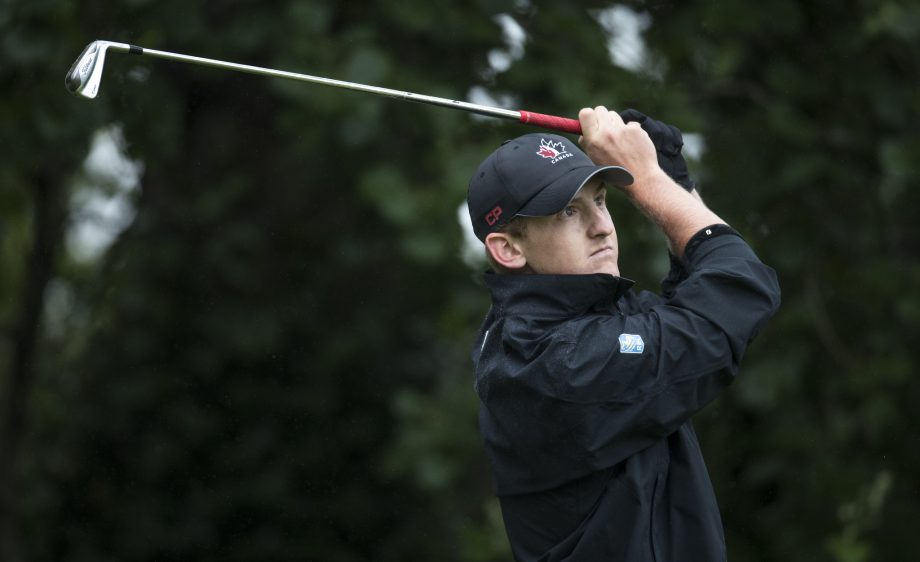 The quintet finished the day one stroke ahead of six players at 6-under 66, with 21 players within two strokes of the lead after Thursday’s play.

Newcomb, the winner last week at the Cape Breton Open, was bogey-free on the day with seven birdies and said he was even better on the greens than during his three-stroke victory last week.

“I holed a couple of putts today that I haven’t been holing, even last week, so it was good. I hit 17 greens today and just had no stress, and I almost chipped in on the one I missed, so it was a nice, easy day,” said Newcomb.

Ruiz, a winner earlier this year at the Staal Foundation Open presented by Tbaytel, birdied three of his last four to reach 7-under and said he was comfortable on this week’s course, which was designed by Tom McBroom – the same designer as Whitewater Golf Club, where he captured his win in Thunder Bay.

“The course really suits my eye. If I can keep it in the fairway and hit a couple of irons close, I can play really well this week. It’s a matter of hitting them close and making a few putts here and there,” said Ruiz.

McCoy, who also owns a win earlier this year at the Freedom 55 Financial Open, said a great day tee-to-green led him to his 7-under 65 despite minimal help from a cold putter.

“My ball striking was awesome. Most of my birdies were tap-ins, and I didn’t really make any putts, which has kind of been the trend lately. I did have a couple of holes where it felt a little bit better, so I’m starting to feel a little bit more comfortable and am just working the kinks out on some of the shorter ones,” said McCoy.