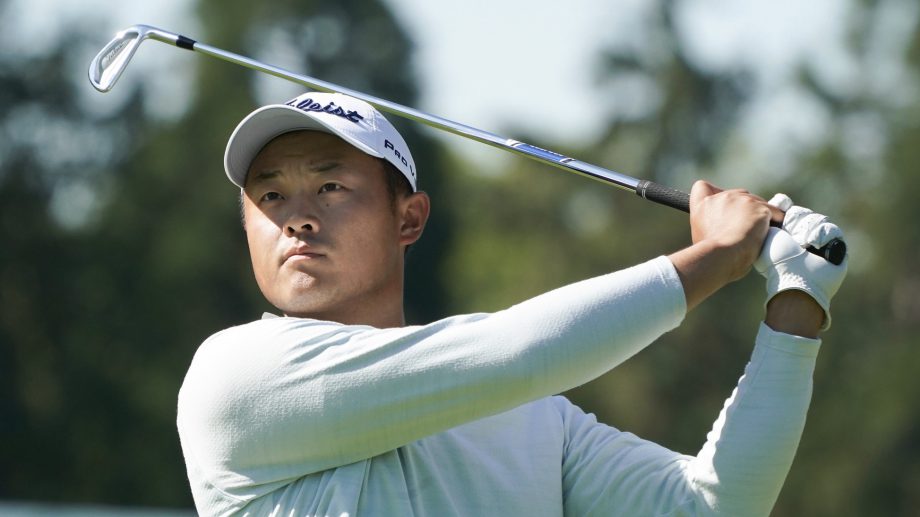 LANGFORD, B.C.—China’s Yi Cao rolled in a birdie putt on the 18th hole Monday, and Scott Kerr matched him on that hole about an hour later, and those two putts were enough to give Cao and Kerr the opening-round lead at the Canada Life Series at Bear Mountain: Valley Course. The duo shot 4-under 67s and lead Andrew Harrison and Michael Blair by a shot. Mackenzie Tour member James Allenby leads a group of five players at 2-under—all very much in contention after day one of the Series’ second event.

Cao (pronounced Chow) had an indifferent front nine, with the native of Beijing making seven pars after a birdie on No. 1 to open his day. His lone bogey of the afternoon came on the fourth. He picked up the pace on the back nine, with birdies on Nos. 11, 12, 15 and his birdie at the last.

“The greens were softer than last week compared to the Mountain Course, but I was able to take a little bit of advantage of that,” said, Cao, who had been a regular Mackenzie Tour player since 2016 before losing his card following the 2019 season. His career-best finish, however, came in one of his two 2015 starts, tying for 19th. “I was trying to hit it closer to the flag and make a few more putts. Luckily I got a few in.”

Kerr had six birdies and two bogeys on his first tour around the Jack Nicklaus-designed course, but his most memorable hole was a par at the 13th.

“I think I made the best par of my life today. I had a bit of a wait and I didn’t do a great job resetting after the wait, so I blasted [my tee shot] into the bush and had to re-tee, obviously (because) right’s just absolutely dead,” said Kerr, the former Simon Fraser golfer. “But I hit a good second one down the fairway, had 185 yards and holed out from there with an 8-iron and walked off with a pretty crazy 4.”