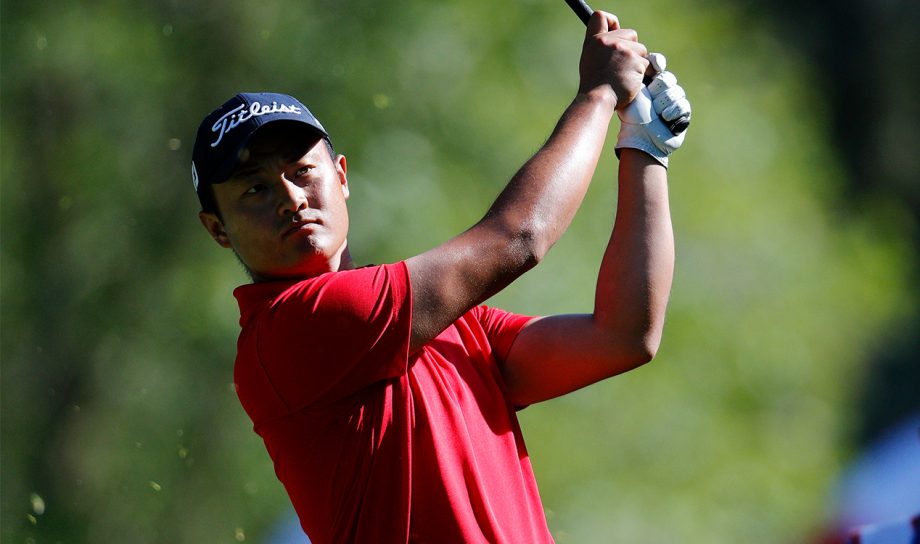 LANGFORD, B.C.—China’s Yi Cao appears to be playing a different course than everybody else this week. After shooting a 67 in the opening round of the Canada Life Series at Bear Mountain: Valley Course event, Cao matched that score Tuesday as he opened a five-shot lead with one round remaining in this 54-hole event. At 8-under, he’s five strokes ahead of Canadians Michael Blair and Russell Budd. Sebastian Szirmak is alone in fourth, six shots behind Cao.

It’s been an impressive performance by the 29-year-old Cao, who lives in the Vancouver suburb of Delta. The former PGA TOUR Series-China winner and Mackenzie Tour player has made only two bogeys and has easily been the best player for the first 36 holes.

With a one-shot lead when the day began, Cao made a par at No. 1 and a bogey at the second. His scorecard with clean after that. While he made only one more birdie on the front nine, at No. 9, he added four additional birdies in five holes, starting at No. 11 to extend his lead. The only hole he didn’t birdie during that stretch was the 13th.

“I have no idea what to expect for [Wednesday]. I do believe there are certain players who can really shoot low scores, so I better just keep the same game I played today and [Monday],” Cao said.

He did mention his escape with a par on his final hole of the day as being somewhat key to keeping his big cushion. After a poor tee shot, he faced a 260-yard second shot on the par-5. He laid up with a 2-iron, with 50 yards to the pin. However, he missed the green with his approach shot, bladed his fourth into the bunker and then holed his shot from the sand. “I had an adventure on 18,” he joked afterward.

Budd wasn’t able to birdie the par-5 18th hole, while Blair was, and that deadlocked the two in second place. Blair’s biggest mistake of the second round came at No. 15 when he double bogeyed the par-5.

Szirmak began his second round quickly, getting to 4-under through five holes on the back of his opening, even-par 71. He made the turn at 4-under and moved to 5-under with a birdie at the par-4 11th before coming in at 2-over. Back-to-back double bogeys starting at No. 12 were his undoing.