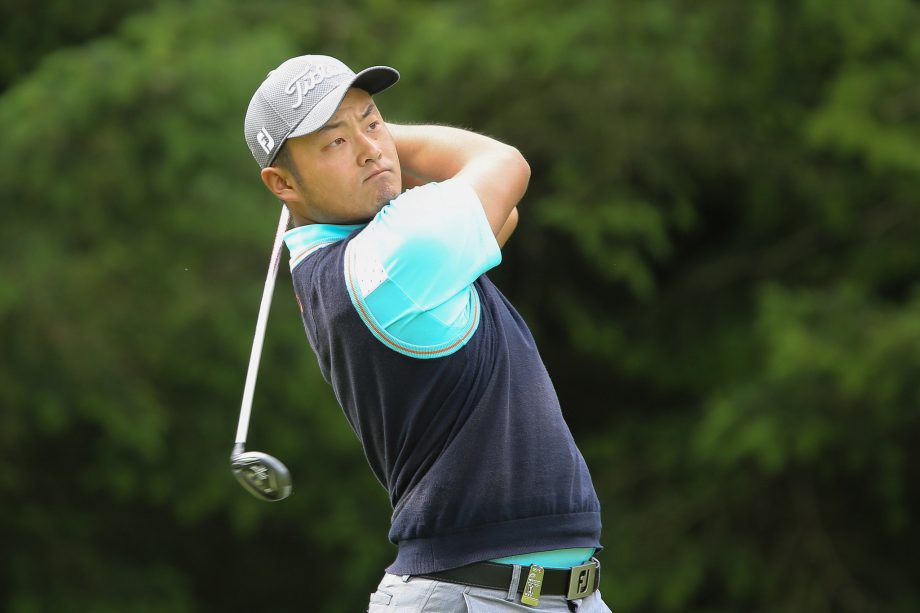 CALEDON, Ontario—Two weeks ago, Yi Cao won the second Canada Life Series tournament in Langford, B.C., and in the process he moved to the top of the Canada Life Series Points Standings. He certainly likes his position and doesn’t seem to be interested in relinquishing his status as the Series’ top player. Wednesday at TPC Toronto at Osprey Valley’s Heathlands Course, the native of China who moved to Canada during his teenage years, fired an opening-round, 7-under 64 to take a one-shot lead over Tyson Turchanski. A quartet of players, Derek Gillespie, Brendan Leonard, Blair Bursey and JJ Regan are at 5-under with 36 holes to play.

Cao is still smiling not only about his solid first-round play and his win two weeks ago but the trajectory of his career and how quickly things changed once the Canada Life Series began.

“With little playing opportunities this year, I was thinking about quitting golf to pursue another career,” Cao said. “The Canada Life Series literally changed my life, and with four events I really can’t ask for anything more.”

Wednesday, under rainy, gloomy but warm conditions that gave way to sunshine later in the day, Cao began quickly on the Heathlands Course’s back nine. He birdied his first two holes of the day then remained in neutral the remainder of his opening nine, making seven consecutive pars. He got things going after the turn, with three consecutive birdies and four in five holes. Cao’s lone bogey of the day came at No. 7, but he atoned for that with closing birdies on his final two holes.

Even after one round, Cao, a winner on PGA TOUR China-Series in addition to his breakthrough Canada Life Series triumph, is not necessarily thinking ahead.

“I try not to think about the benefits of winning the Canada Life Series,” Cao said of what’s afforded the Points Standings champion—conditional 2021 Mackenzie Tour status and a start in the 2021 RBC Canadian Open. “The most important thing for me is to stay positive and accept the result.”

Turchanski had a clean scorecard Wednesday, with six birdies—three on each TPC Toronto nine. He couldn’t have gotten off to a much better start as he birdied the first three holes of the tournament. Turchanski also closed in style, making a pair of birdies at Nos. 17 and 18.

Bursey, a former Utah Valley University golfer, joined the group at 5-under but looked like he might even hold the lead the way things were going on his opening nine and as he made the turn. Yet after making birdies on his 10th, 11th and 12th holes of the day (TPC Toronto’s Nos. 1-3), Bursey made six consecutive pars as he stalled at 5-under.

“I think the biggest thing for me is my coach and I were working on some stuff that would help long-term, and I’m just trying to get comfortable with those changes,” said Bursey, who seemed plenty at ease in the opening round. “I want to see how it maybe changes my approach, mostly in terms of hitting it farther.”