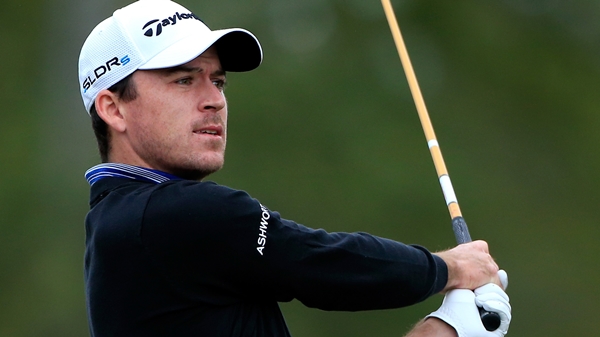 The 24-year-old from Denmark is making the most of his opportunity.

Cappelen shot a 7-under 65 on Thursday in his first PGA Tour round to take the lead at the Country Club of Jackson. He opened with a bogey before making eight birdies to take a two-shot lead over Robert Streb, Scott Pinckney and Canada’s Nick Taylor.

“I couldn’t be happier, to be honest,” Cappelen said. “Obviously, I came here just trying to get a new experience and get a feel of how it feels like to play on the real tour, and I had a great time out there today. Hit a lot of good shots.”

Cappelen was an All-American in college at Arkansas. He won the Air Capital Classic in June on the Web.com Tour.

He was in good position to earn his PGA Tour card, but a poor performance in the final regular-season Web.com Tour event dropped him to 26th place on the money list – one spot shy of the top 25 finish needed to make the PGA Tour.

“I mean, obviously, it’s a heartbreaker being so close and then not getting it,” Cappelen said. “So getting a chance here where I felt like I should been, it’s everything. I couldn’t thank the sponsors here more for what they’ve done.”

Cappelen said he had some nerves before the round, but the early bogey was a sobering moment.

“That’s usually how it is for me when I have a good round,” Cappelen said. “I usually start with a bogey on the first hole, and then just kind of like, `OK, I’ve got to get going.'”

Play was suspended because of darkness with 15 players unable to finish.

Overnight rain made for a soft course early, but players said it firmed up as the day progressed.

There were 13 players within three shots of the lead including Canadian Nick Taylor, who finished the day in a three-way tie for second place. The Abbotsford, B.C. native and former Team Canada member recorded five birdies en route to a 5-under 67.

“I’m definitely happy with it (his round),” said Taylor. ” It was playing cold this morning, playing long.  Some of the par‑5s weren’t as reachable, but I took advantage of those luckily.  I was putting really well and gave myself a chance to make birdies, so I’m happy with that.”

Hearn carded a 3-under 69 after making a bogey on his final hole of the day, while Hadwin finished at -2 after an adventurous round that included four birdies and a double bogey on the back nine.

Roger Sloan aced the fourth hole, a 181-yard par 3, but struggled to carry his momentum over to the back nine.  The 27-year-old had two double bogeys on the day and was 2-over par when play was suspended.