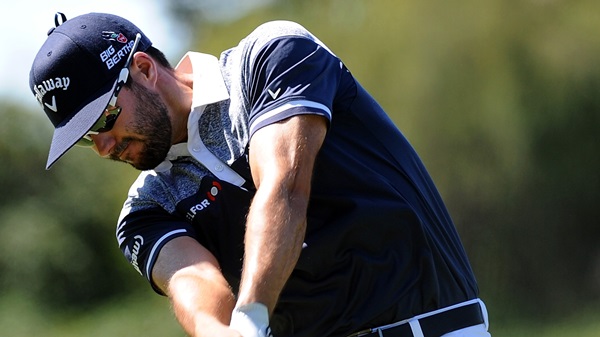 NORTH PLAINS, Ore. – Carlos Ortiz won the Portland Open on Sunday for his third Web.com Tour victory of the season, making him fully exempt for the 2014-15 PGA Tour season that starts in October.

The 23-year-old Mexican player closed with an even-par 71 for a one-stroke victory in the regular-season finale. He earned $144,000 to push his tour-leading total to $515,403, with the top 25 on the money list getting PGA Tour cards.

“I didn’t envision any of this,” said Ortiz, also the winner in Panama in March and Mexico in April. “To be honest, I came out this year without any expectations. I realized early that if I was able to play good I would be able to win on this tour.”

Ortiz finished at 14-under 270 on Pumpkin Ridge’s Witch Hollow course. The former North Texas player opened with rounds of 66, 63 and 70 to take a two-stroke lead over Canada’s Adam Hadwin into the final day. In the final round, Ortiz birdied three of the first five holes, dropped three strokes in a five-hole stretch and closed with seven straight pars.

“I got a little bit lost in the middle of the season and started thinking too much,” Ortiz said. “There were a lot of expectations and a lot of distractions. You’re in the eye of everybody all the time. Everything I’m doing is new for me. I’ve never been here before and there is a great deal to learn. I think I managed it much better this time.”

Kyle Reifers jumped from 27th to 25th to take the final card, edging Denmark’s Sebastian Cappelen by $1,463. Reifers followed a third-round 64 with a 74 to tie for 21st at 7 under, and Cappelen missed the cut with rounds of 68 and 78.

The four-event Web.com Tour Finals starts next week in Fort Wayne, Indiana. Nos. 26-75 on the money list and Nos. 126-200 in the PGA Tour’s FedEx Cup standings will play for another 25 cards based on their earnings in the series.

The 25 players who earned cards Sunday will compete against each other for PGA Tour priority, with regular-season earnings counting in their totals, and the final leader getting a spot in The Players Championship. Ortiz enters the series with a $194,965 lead over second-place Andrew Putnam.