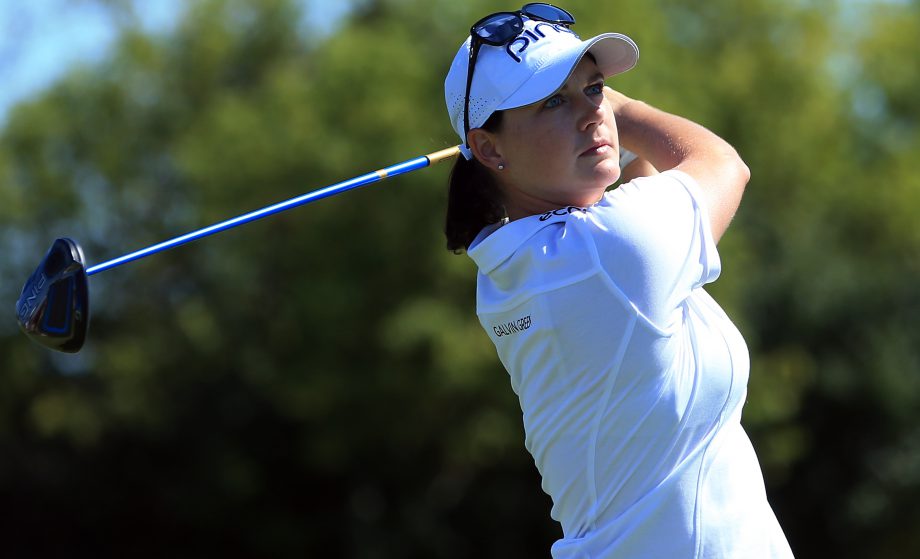 CAMBRIDGE, Ont. – Caroline Masson broke out of a star-filled pack Sunday to win the LPGA Manulife Classic for her first tour title.

The 27-year-old German player rebounded from an opening double bogey to make nine birdies in a 5-under 67. She beat third-round leader Mi Hyang Lee, Minjee Lee and Solheim Cup teammate Karine Icher by a stroke, finishing at 16-under 272 at Whistle Bear.

Masson joined Anna Nordqvist and Brittany Lang as the only players over 23 years old to win in the first 24 events this season – and also joined Nordqvist as the only European winners.

Mi Hyang Lee parred the final two holes to miss a chance for a playoff.

Masson didn’t make a par until the seventh hole, following the double bogey with three straight birdies, a bogey on No. 5 and a birdied on the sixth. The former Oklahoma State player had four straight birdies on Nos. 9-12, bogeyed the par-4 13th and birdied the par-5 16th. She birdied all four par 5s.

Ariya Jutanugarn tied for fifth at 14 under in her bid to win three straight events for the second time this season. The second-ranked Jutanugarn made two late bogeys for a 70.

Top-ranked Lydia Ko and 2015 winner Suzann Pettersen also were 14 under. Ko had a 68, and Pettersen finished with a 66. Canadian star Brooke Henderson tied for 39th at 7 under after a 71.

Alena Sharp finished at 9-under and tied for 26th.