Vaughan named PGA of Ontario Women’s Player of the Year 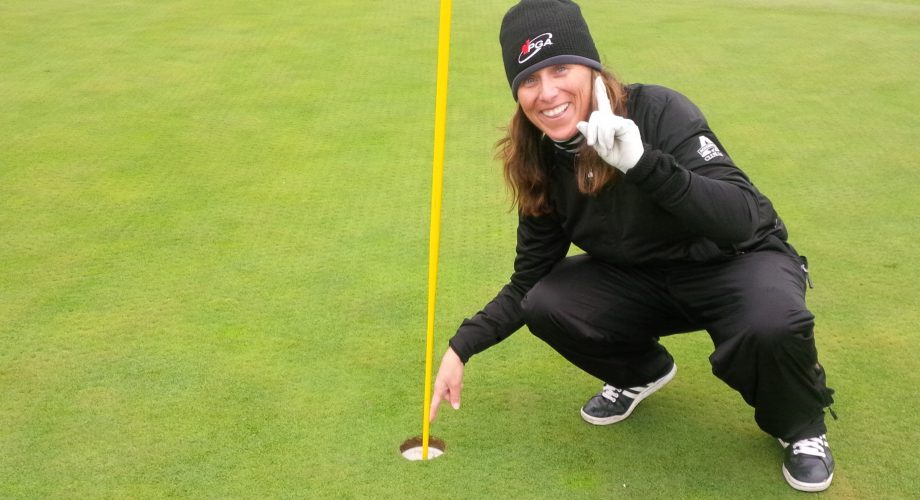 Carrie Vaughan returned to her roots in 2015 and while she didn’t win on the PGA of Ontario tour she renewed her passion for playing competitive golf.

It’s not easy for a teaching professional and golf coach at one of the country’s most prominent golf clubs to take time away from the range when she has 100-plus students looking for lessons, but that time away has proven to be a breath of fresh air for the veteran coach at The Glen Abbey Academy.

The 44-year-old former Futures Tour player teed it up in six PGA of Ontario tournaments in 2015 and although she didn’t win one, Vaughan walked away with enough cumulative points to give her first PGA of Ontario Women’s Player of the Year award.

“This past year I wanted to make playing in events a priority for myself and I plan to continue along that path in 2016,” says Vaughan who was introduced to the game of golf by her father as a seven or eight-year-old in Rothesay, New Brunswick. As a single parent, Carrie’s dad would let her and her two older brothers and sister walk to neighbouring Riverside Country Club so they could play golf during the summer months, while he went to work.

“I appreciate the award as PGA of Ontario Women’s Player of the Year because even though there were days when I went out and shot 80, it’s not just about the score. Once a month I had the opportunity to pretend I was a tour player and it was a lot of fun. I love being out on the golf course playing and competing,” says Vaughan who won less than $500 for competing in the six tournaments.

From the time she was eight until she was 27 years old, the staff and members at The Riverside Country Club became her extended family. Carrie started working at the club at the age of 10, picking balls on the range and she went on to work in the golf shop for years. Members would sponsor and support her for three years as she played on the Futures Tour with the aspiration of making it to the LPGA Tour.

“I learned that life on tour is difficult and it’s not as glamourous as you might think,” she says. “There is a very fine line between being good and being great. I watched friends make it to the LPGA Tour by being one stroke better than me and our lives are completely different because of that one swing. However I would never take back that time. I’m so happy I did it. It was the best experience of my life, but I could not have done it without the support from home. In the end I was tired of not being good enough. I lost a little bit of that belief in myself and couldn’t look my sponsors in the face and tell them that I still believed I could make it on the LPGA Tour – my time was up.

Vaughan landed at Hidden Lake Golf Club in Burlington where she taught for seven years before getting a phone call from fellow New Brunswicker, Sean Casey Director of Instruction at Glen Abbey, asking if she would be interested in spearheading a girls’ only golf program. The program for girls ages eight to 17 has evolved from nothing to 85 girls in the last nine years and unparalleled as a girls program in Canada if not the world.

“I think it’s good for the girls to see me out there competing and trying to do my best. I may not win, but I’m out there,” says Vaughan who did have a victory in the Maple Downs G&CC Pro-Am in 2015 with an impressive round that included six birdies and one bogey – only the third time in her career that she has broken 70 in a competitive match.

“As a member of the PGA of Ontario I believe it’s important as a professional to get out there and play. It really is part of my job to be out there playing. I would like to see more female members of the PGA of Ontario taking the time to compete. Some people say they can’t afford the time off, but the way I look at it now, can you afford not too?”