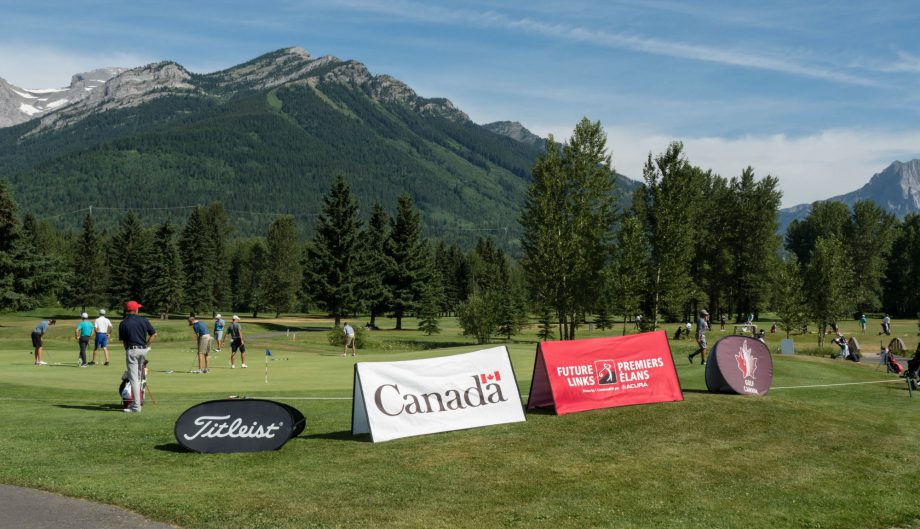 FERNIE, B.C. – Logan Carver shot a 5-under-par 65 and Angela Zhang shot a 1-over-par 73 to lead their respective divisions at the Future Links, driven by Acura Western Championship on Tuesday at Fernie Golf and Country Club.

Carver propelled himself to the top of the leaderboard after an incredible back nine where he carded five of his seven birdies, including the final three holes.

“It was just the last three holes when it all came together,” he said, after his opening round. “Standing on the 16th tee I was only 2 under and was coming off a hole where I three-putted from seven feet so I didn’t know how I was going to finish.

“But I hit some good iron shots those last three holes and they managed to go in, so it all worked out.”

The 18-year-old from Calgary, Alta., birdied four of his last five holes and carded just two bogeys during his impressive start to the tournament.

Sitting in solo-second behind Carver is Bradley McKeating, also from Calgary, Alta. He made the turn at even par after registering two birdies and two bogeys on the front nine before he managed to play bogey-free on the back and finish three strokes off the leader.

In the girls division, Zhang holds onto her spot at the top of the leaderboard by just one stroke. The 15-year-old from Vancouver, B.C., headed into the final eight holes at 3 under par but stumbled down the stretch with two bogeys and a double-bogey.

“The course was in really good condition today,” she said. “The chances were definitely there so if you could just hit it solid and be patient and you could get a really low score.”

Sydney Scraba, from Calgary, Alta., sits one stroke back of Zhang after she managed to card four birdies in her opening round, but four bogeys and a double-bogey found her settling into solo-second with a 2-over-par 74.

Taylor Stone (Calgary, Alta.), Claire Lovan (Surrey, B.C.) and Jennifer Gu (West Vancouver, B.C.) all shot 3 over par and sit in a three-way tie, two strokes behind Zhang after round one.