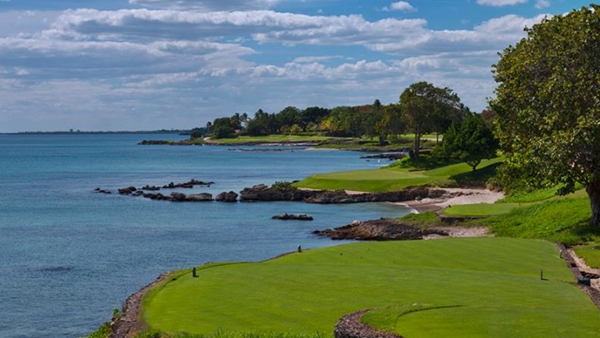 BUENOS AIRES, Argentina – Casa de Campo’s Teeth of the Dog in the Dominican Republic has been confirmed as the host venue for the 2016 Latin America Amateur Championship (LAAC), organizers announced during the inaugural staging of the championship in Buenos Aires, Argentina. The LAAC, which is being played at Pilar Golf this week, is scheduled for January 14-17 next year.

Founded by the Masters Tournament, The R&A and the United States Golf Association (USGA), the LAAC was established to further develop amateur golf in South America, Central America, Mexico and the Caribbean.

The 2016 LAAC will bring the region’s best players to one of the region’s most highly regarded venues. Designed by Pete Dye and built in the early 1970s, Teeth of the Dog at Casa de Campo features seven holes along the Atlantic Ocean and is routinely ranked as one of the best courses throughout all of Latin America.

“It is a great honor for us to have been selected to host this prestigious championship,” said Rafael Torres, President of Casa de Campo. “We are fortunate that the selection committee has seen fit to bring the LAAC to what we believe is the finest golf resort in this region.

“The event will be played at the legendary Teeth of The Dog, the masterpiece of golf course architect Pete Dye. The employees and the residents of Casa de Campo will be proud to be a part of Latin America’s premier amateur golf competition.”

Casa de Campo was named the number-one golf resort in the world by the International Association of Golf Tour Operators (IAGTO) for its collection of golf courses, professional facilities, luxury amenities, as well as its executive team’s commitment to service and exceeding guest expectations.

This week’s LAAC features 109 players from the 28 countries throughout Latin America. Television coverage includes two hours of live broadcast on each of the four days being aired in more than 150 countries.

Entry into Pilar Golf for the 2016 Latin America Amateur Championship is free.

The LAAC follows a model established by the Masters and The R&A when, in 2009, the organizations created the Asia-Pacific Amateur Championship (AAC) to advance the sport in that part of the world and to create heroes other aspiring golfers could emulate. The event in the Asia-Pacific has been an astonishing success with the likes of Hideki Matsuyama and Tianlang Guan winning the championship and going on to make an impact in the Masters Tournament and on the PGA Tour. Australia’s Antonio Murdaca won the 2014 championship at Royal Melbourne and will have an opportunity to make his mark this year.

For more information about the LAAC, including latest news, schedule, spectator information and a roster of players competing, please visit the event’s website at www.LAACgolf.com.