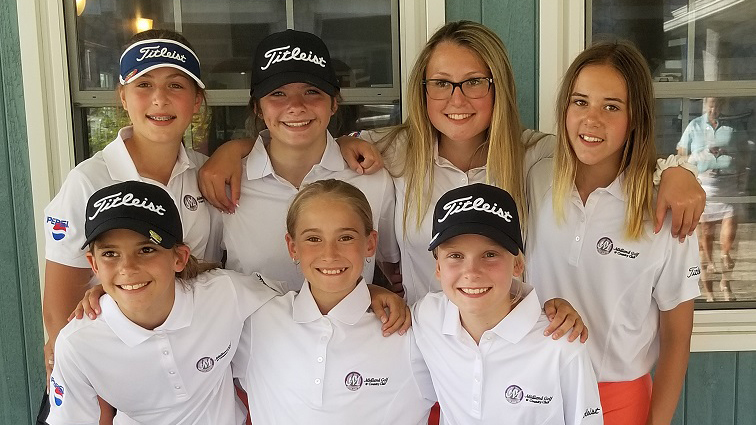 For years, with the occasional exception, our best golfers have come from smaller communities. The most recent notable examples are Brooke Henderson from Smiths Falls, Ont., and Corey Conners, born and bred in Listowel, Ont.

And that serves my message well, as I live in Midland, Ont., with about as many citizens as Listowel, and just a couple of kilometres down the road from Penetanguishene, population close to that of Smiths Falls.

I may have just seen their successors.

A couple of years ago, local business owner Kirk Ruston converted some unused space in his Penetanguishene warehouse into a golf practice and training facility he called the Infinity Golf Lab. In partnership with Mary-Pat Quilty, the facility now welcomes more than 70 girls and boys from ages four to 15 to a series of 10-week sessions during the winter.

The brightly lit area contains, among other amenities, a couple of hitting bays, putting area, simulator, exercise equipment and, perhaps just as important, inspirational quotes painted on the walls. And there are pylons, stuffed animals, hula hoops, an obstacle course, and a plethora of other fun paraphernalia to occupy young minds and bodies.

Much of Ruston’s motivation came as the father of two athletic daughters who needed something to do when not playing hockey in the winter. A five-handicapper, Ruston, now 45, came late to the game after focusing on water sports and other activities when he was younger.

He teamed with Mary-Pat Quilty to deliver a quality experience to what has become a growing stream of kids who want to learn how to golf. Quilty, a PGA of Canada member who is the director of golf at nearby Settlers’ Ghost Golf Club, has solid credentials as a two-time PGA of Ontario Teacher of the Year who played for years on pro tours around the world.

They are ably assisted by Jerry Bogosky, a volunteer with not only a great golf game but an admirable ability to connect with youngsters. Bogosky, a noted range rat, sums up one of the project’s themes: “Practising golf can be the most boring thing ever. You have to make it fun while making sure the kids are learning something at the same time.”

While the program began as a “girls only” initiative, it has expanded to include boys as well.

A perfect example exists in 12-year-old twins Josée and Jacques Desroches, who are in their second season at the Infinity Golf Lab. While father Serge says, “it’s great for the kids to learn new skills,” Josée focuses on the fact that she gets to hang out with her friends and “have fun” on chilly winter evenings.

Julie Baxter agrees. Like the Desroches twins, her daughter Breanna is in her second season and “she loves it. They do a phenomenal job here. It’s inspiring for the girls, really.”

In addition to honing her skills during the winter, Breanna plays in a summer league organized by Ruston and Quilty. Along with access to the range at Brooklea Golf and Country Club on Tuesdays, the girls can sign up for a nine-hole round at Midland Golf and Country Club on Monday evenings. For $20, the kids get golf, a hot dog and a soft drink. Often, their parents join them.

“When they come on Mondays, they get free range access, we give the parents a free cart if they want to follow their kids, and some of our members volunteer to walk with the groups to help them along,” says Ian Kirkpatrick, general manager of Midland Golf and Country Club. “We see this as a partnership, an investment in the future of the game.”

The Infinity Golf Lab initiative reinforces other efforts in a community where just about every school has been adopted under Golf Canada’s Golf in Schools program. For example, Midland Golf and Country Club offers an outreach program to local Grade 5 classes where, for a small fee and with the support of sponsor Central Taxi, kids who want to participate are picked up after class in a mini-bus and taken to the course for instruction and golf. Their parents pick them up after the session.

Despite being relatively new, Infinity Golf has already started to show impressive results.

Head’s up, Brooke and Corey. These kids are gunning for you.

Local champions across the country, like the folks at Infinity Golf Lab, supplement terrific junior golf programs offered by Golf Canada, provincial golf associations and PGA of Canada pros at golf clubs and driving ranges. Future Links presented by Acura, Golf in Schools and the Community Golf Coach initiative are great examples of programs available across Canada. Not every facility has to be as involved as Infinity Golf Lab, although their model makes an excellent case study. All you need to develop and encourage junior golfers in your community is an appropriate space, basic equipment, and dedicated and qualified instructors and volunteers.