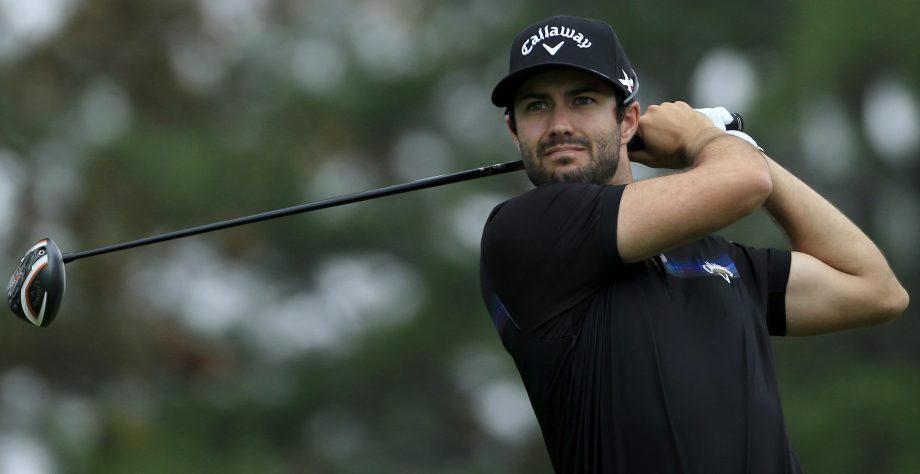 JACKSON, Miss. – Roberto Castro used to believe it was best to be conservative during the first few holes of a tournament, getting a feel for the course before getting too aggressive.

That’s not the case anymore. Especially not in ideal conditions at the Sanderson Farms Championship.

Castro shot a 10-under 62, his lowest score on the PGA Tour, to take a two-shot lead Thursday at the Country Club of Jackson. It took him just a few shots to realize a low score was there for the taking.

“It’s just so soft out there,” Castro said. “It’s a great golf course, but when the conditions are soft, the scores are going to be low.”

The 30-year-old Castro was consistent and avoided trouble all afternoon with a bogey-free round. He made 10 birdies _ five on each nine.

Adam Hadwin of Abbotsford, B.C., was the low Canadian at 7-under 65, tied for fourth. Graham DeLaet, from Weyburn, Sask., was tied for sixth at 6 under, while reigning champion Nick Taylor was 3 under, tied for 42nd.

“I played really well,” said DeLaet. “I screwed up the first hole pretty bad. I had 250 front edge and ended up making double on the par-5. But other than that I was super happy with how I played, made some good putts, hit a lot of good iron shots and gave myself lots of chances.”

Conditions were forgiving thanks to a course softened by rain and very little wind, and players were allowed to use preferred lies because of the wet conditions. More rain is expected, starting Friday.

But there were plenty of birdies for the taking during the first round and several players took advantage _ 103 of the 122 players who finished the first round shot par or better. Nine players were still on the course when the round was halted due to darkness.

Aaron Baddeley and Bryce Molder were tied for second at 64. Adam Hadwin and Brian Davis shot 65.

Castro began his round on the back nine and, after making five birdies on the first eight holes – including four straight from No. 12 to 15 – realized it “could be a special day.”

Though the 62 was his best on the tour, he’s gone low before, shooting a 9-under 63 at The Players Championship in 2013. He’s winless on the tour in more than 100 career starts.

Castro said the greens at the Country Club of Jackson are almost always good, but the previous rain made them even more forgiving than usual.

“You’re never really worried about getting more than three or four feet past the hole, so it’s a very comfortable speed to make a lot of putts,” Castro said.

Baddeley has won three times on the tour, most recently in 2011, but has limited tour status after struggling last season. He started his round on the back nine and was 5-under through just seven holes, boosted by an eagle on No. 15 when he chipped in with a lob wedge from about 35 yards.

“I wasn’t trying to push the issue,” Baddeley said. “I was just cruising along, trying to just stay in the moment, hit the shot and stay patient. Because the last thing you want to do is force an issue and then you make a bogey or you just hit a bad shot when you didn’t need to.”

Moulder was 7-under through just 10 holes, but cooled off down the stretch to settle for a 64. He missed the cut in his first two events this season and took last week off to “just kind of reset.”

It worked for at least one day.

“I knew that I wasn’t that far off, even though sometimes it feels a mile off, but it’s not,” Molder said. “I just kind of was like, all right, how can we get our mindset right so that we can actually play some good golf.”