Celebrating the victory of a lifetime 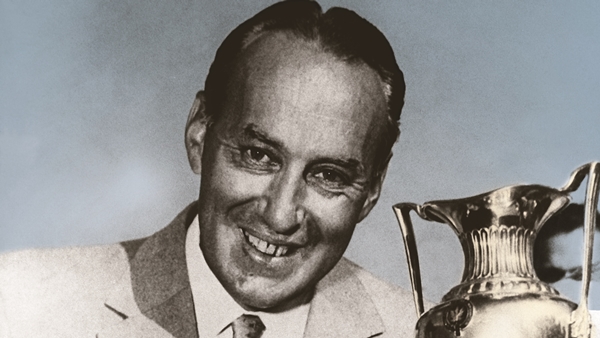 POINTE CLAIRE, Que. – Sixty years after iconic pro golfer Pat Fletcher became the last Canadian to win the Canadian Open, his namesake foundation continues to thrive, with an array of initiatives planned to pay homage to the 60th anniversary of Fletcher’s historic victory and raise awareness about the Foundation, so that more young students might benefit from its support.

Pat Fletcher was the last Canadian to win the Canadian Open in 1954 – a victory that also makes him the only Canadian player to win the championship in 100 years.

In an amazing twist of fate, this year’s RBC Canadian Open will be played at Royal Montreal, the place where Fletcher spent 20 years serving as Head Professional. Graham DeLaet, Mike Weir, David Hearn, Stephen Ames and other Canadian notables, will be in the field looking to change the course of Canadian golf history and become the next Canadian to be crowned champion.

Regardless of when the next Canadian champion is crowned, Fletcher’s winning legacy lives on through the work of The Pat Fletcher Scholarship Foundation, a Foundation his son, Ted, co-founded almost 30 years ago. With the tagline “Making a Difference”, The Foundation is committed to giving deserving young Canadians the financial assistance they need to pursue a post-secondary education.

“While golf was always my father’s primary focus, he was equally passionate about the importance of education,” said Ted Fletcher, Chair of the Pat Fletcher Scholarship Foundation. “He took a genuine interest in working with junior golfers to help them reach their full potential, both on and off the golf course.”

The Pat Fletcher Scholarship Foundation has the following initiatives planned to pay tribute to the 60th anniversary: