No cellphone, no problem at tradition-rich Masters 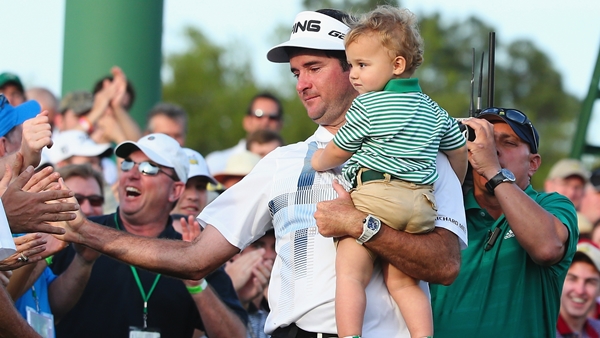 AUGUSTA, Ga. – No cellphones. No video screens. No electronic scoreboards.

Outside the ropes that line the fairways and tees, the Masters is a throwback to a different golf era.

And few people seem to mind.

Unlike the other three majors, or any other tournament for that matter, the Masters forces patrons to leave technology behind for hours upon hours every day. They can’t take advantage of high-tech phone applications. They don’t get to see any replays or action that’s not going on in front of their eyes. And they have to decipher large scoreboards, some of which don’t even show who’s leading the tournament.

It’s been that way forever at Augusta National.

And no one expects it to change, either.

“You’ve really got to dig out the information,” John Winkelman, of Irvine, Calif., said Sunday as he stared at the huge scoreboard next to the first fairway. “But I like not having my phone here. I don’t think any of the tournaments should do it. It’s too potentially distracting.”

The Masters strictly prohibits cellphones, PDAs (hand-held devices), beepers, electronic devices, cameras, radios, televisions, tape recorders and walkie-talkies. Violators are warned they will be subject to ejection and forfeiture of their tickets, and the policy is closely enforced by security and the endless sea of workers around the course.

“I love it,” said Ashley Kamrath of Austin, Texas. “Our lives today are inundated with technology. It’s refreshing to be out here without it for a while, to have real conversations, real interaction. It reminds me of yesteryear.”

Augusta is steeped in tradition, from the green jacket presented to winners, to the champions dinner where the menu is chosen by last year’s winner, to the picturesque entrance at Magnolia Lane, to attendants in washrooms, to caddies still wearing white coveralls.

Food and drinks are sold at prices close to those seen decades ago.

So walking around without the use of technology barely bothers the masses.

“It’s a neat part of the tournament,” patron James Williamson said. “You have to listen to the roars to know what’s going on out here.”

There are a few huge scoreboards and leaderboards around the course, most of them located at popular viewing spots like the 18th green and famed Amen Corner. They have volunteers putting up scores by hand, the old-fashioned way.

But in a social media-hungry world and with state-of-the-art technology expanding every year, it’s easy to think the Masters would eventually relent and start allowing it on course.

After all, after years of discrimination, the exclusive club now has black and female members.

But until that time comes, patrons contently adjust to the rules.

“This place forces you to figure everything out,” Winkelman said.

That includes getting separated from your friends.

“We try not to let that happen,” said Winkelman, who arrived at the course a little after 7 a.m. to set up folding chairs behind the 18th green. “You just have to have a plan. For us, we’d just meet back at the chairs.”