Champions dinner a tradition unlike any other at Masters 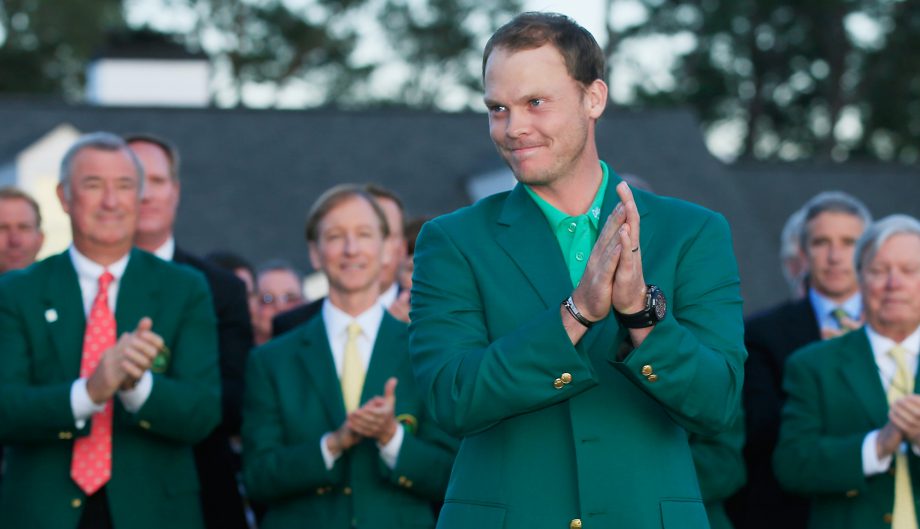 AUGUSTA, Ga. – Phil Mickelson can think of only one way that the Tuesday night dinner for Masters champions can get any better: to be the host.

Mickelson has served in that capacity three times as the reigning champion. That meant picking the menu and speaking to a room filled with some of golf’s greatest players, all of them in their green jackets, a dozen of them in the Hall of Fame.

He is a quick study.

“I realized a couple of things,” Mickelson said. “All the old guys like meat. The first year I had lobster ravioli. I messed up – the guys want a steak. The other two times, I always did some beef so they’d always have a steak option.”

Of all the traditions unlike any other at the Masters, the Tuesday night champions’ dinner rates as high as any.

It began in 1952 when Ben Hogan hosted a dinner for all the past champions and proposed forming the “Masters Club” in which membership is limited to only those who have won green jackets (along with the Augusta National club chairman, Billy Payne), who are honorary members.

The stories could get a little raunchy, especially when Sam Snead was holding court. And they could get quite emotional, such as when Arnold Palmer spoke two years ago after being presented the first piece of loblolly pine from when Eisenhower’s Tree was felled by an ice storm.

And for the host – especially a first-time Masters champion – it can be a little unnerving.

“I’ll never forget it,” Charl Schwartzel said. “I was pretty calm and everything went well as you got there. The most nerve-wracking thing was saying the speech. So you’ve got this massive table, probably 15 guys sitting on the sides, three at the end. Out on the middle of the left-hand side was Arnold Palmer, Jack Nicklaus and Tiger Woods, right next to each other, all three of them.”

“As I got up, Mr. Palmer, Mr. Nicklaus and Tiger all looked at me,” Schwartzel said. “I couldn’t stop looking at them and I didn’t know what to say. I thought, ‘What am I going to say to these guys that they haven’t already heard before?’ I just remember being so nervous. But it’s very special.”

Schwartzel will be pleased to know he wasn’t the only Masters champion who felt a bit overwhelmed.

Nick Faldo already had won 17 times around the world, including his first major at the British Open, when he won the Masters for the first of three times in 1989. In the room that night were Snead, Byron Nelson, Gene Sarazen, Billy Casper, Nicklaus, Palmer and Gary Player.

“You’re in awe,” Faldo said. “My goodness, they were just wandering around. You feel like a complete school boy. You’re a little embarrassed, like a school boy in a class of Masters scholars. I’m like, ‘Wow!’ That was all I could say. I’m not sure I belong here. It’s quite a feeling.”

The menu will be local flair, typical of champions. Willett plans to serve cottage pie, roast beef and Yorkshire pudding. Schwartzel served sliced biltong and Boerwors with monkey gland sauce. Sandy Lyle of Scotland had haggis on the menu. Bernhard Langer served wiener schnitzel with spaetzle is first year as the host. Woods? He went with cheeseburgers and French fries after he first won in 1997.

More than the food, it’s the ambience. And in some cases, it’s the pressure.

“I don’t want to say you’re walking on eggshells, but you don’t want to do anything wrong,” Zach Johnson said. “There’s a fraternity of men there who have been to multiple dinners. So you’re like: ‘OK, don’t say anything stupid. Pick a good meal and show up on time. And just enjoy the evening.’ It’s fun. It’s nerve-wracking. But the excitement and surrealness outweighs all the heart flutters.”

Jordan Spieth said one of his most prized possessions is a gold locket for being in the Masters Club, along with his gold medal for winning the Masters. He also has a menu signed by everyone at the dinner, along with a Masters flag. He owes Johnson for that.

“I didn’t actually have one because I didn’t know you were supposed to,” Spieth said. “Zach had an extra one, which was one of the coolest gifts.”

That flag includes a signature from Palmer, who died last September.

This dinner is sure to include a sombre moment without having the King around. Palmer had been a prominent part of the dinner since 1959.

“I hope they ask everybody to around the room and tell an Arnold story. That would be unbelievable,” Faldo said. “I think we should make that a tradition. That will be pretty cool, wouldn’t it?”