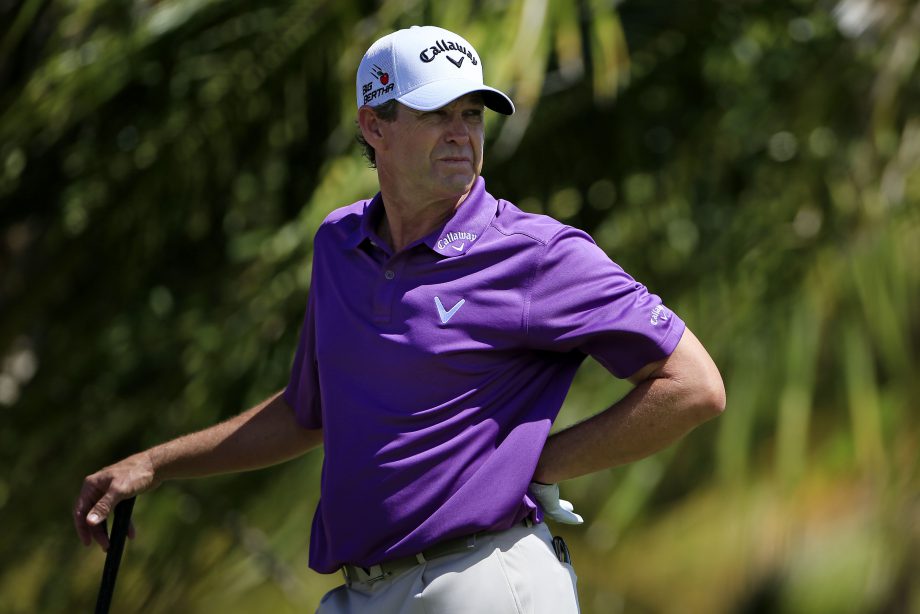 CALGARY — Two of the young guns on the PGA TOUR’s Champions Tour, Lee Janzen and Scott McCarron, will be focused on putting on the champion’s white cowboy hat when they tee it up in the Stampede City for the 2015 Shaw Charity Classic, August 5-9 at Canyon Meadows Golf and Country Club.

Janzen and McCarron are no strangers to the winner’s circle. They bring 11 PGA TOUR titles with them to Canada, including Janzen’s two majors, where they will look to knock off the top players in the world 50-years old and over.

“One of the most compelling characteristics of the Champions Tour is we continue to welcome new, big names each year, who are still able to play on the PGA TOUR,” said Sean Van Kesteren, tournament director, Shaw Charity Classic. “This year is no different with another strong rookie class led by Lee and Scott. They still have a lot of game in them, and are great additions to the field.”

Janzen is an eight-time winner on the PGA TOUR including his two U.S. Open titles. Janzen recently qualified to make a return to the U.S. Open in 2015 after a six-year hiatus. A member of two U.S. Ryder Cup Teams, Janzen also won The Players Championship in 1995. After joining the Champions Tour full time this year, he recorded his first victory in February at the ACE Group Classic.

“I have played with pretty much everybody out here on the PGA TOUR so it is like a big fraternity on the Champions Tour,” said Janzen. “But you have to be ready to play. These guys can all still play at a very high level, and are still extremely competitive. We want to play well, and still love to win. Hopefully that happens for me in Calgary.”

Janzen will be joined by Scott McCarron who has three PGA TOUR titles to his credit. The two Champions Tour rookies also share a memorable moment in PGA TOUR history. In August 1999, McCarron made a hole-in-one during the first round of the CVS Charity Classic, which was immediately followed by Janzen on the 17th hole at Rhode Island Country Club. McCarron is no stranger to the hole-in-one history books. His first two came seven holes apart when he was 28 years old, at Alameda Golf Club near Oakland. He made his first ace on the fourth hole, before chalking up another hole-in-one on the 11th.

“Scott McCarron’s name is synonymous with the hole-in-one club, and I think it is fitting we are having him with us this year in Calgary with the tournament running a big contest to recognize all new Canadians to the hole-in-one club in 2015,” added Van Kesteren. “The Shaw Charity Classic is giving one lucky fan who records a hole-in-one – and three friends – the chance to feel like a professional golfer and play with the pros for a day. It will be a contest that will run throughout the summer until tournament week, and hopefully that winner will have a chance to play, or at least meet, Mr. Hole-in-One, Scott McCarron.”

Any Canadian golfers who record a hole-in-one during the 2015 contest period must register through the tournament web site at www.shawcharityclassic.com for a chance to win the grand prize. All new members of the club will be invited to participate in a qualification closest-to-the-pin contest in July 24. The top-10 closest to the pin winners will then be invited to media day at Canyon Meadows, July 29, where the winner will be determined.

The hole-in-one must be attested by the golf facility’s general manager, chief operating officer, club president, head professional or director of golf. Participants between the ages of 13 and 18 must also have parental consent. The Shaw Charity Classic will aim to profile each hole-in-one on its social media platforms.

Some of the greatest names in the game will play for a purse of $2.35 million, an increase of $100,000, when they return to Calgary’s Canyon Meadows Golf and Country Club from August 5-9. Tickets and corporate packages for the Shaw Charity Classic are available online at www.shawcharityclassic.com. Youth 17 and under are admitted free with a ticketed adult.