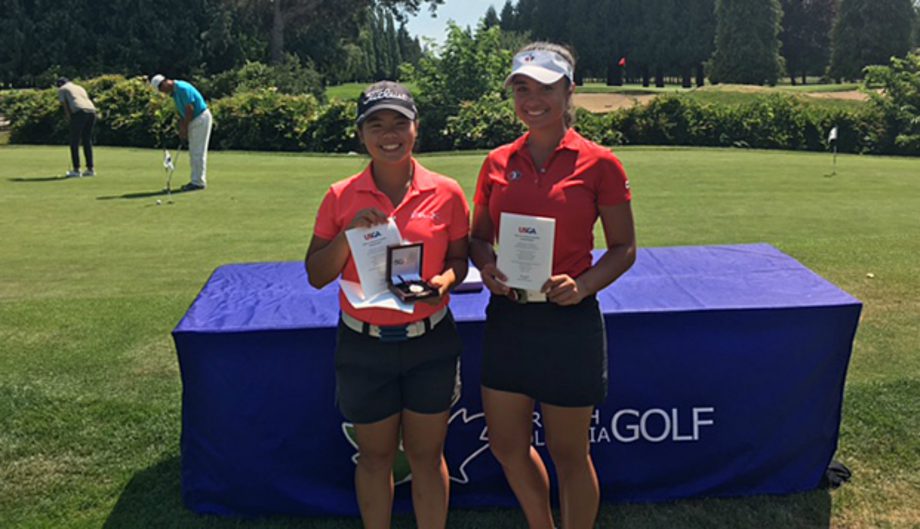 Kathrine Chan learned Monday that boring is not always bad. A round of 18 straight pars that Chan called “boring” earned the 17-year-old Richmond resident a spot in next month’s U.S. Women’s Amateur Championship in southern California.

Chan’s even-par round of 72 topped the field and earned her one of two spots that were up for grabs at a qualifier at Richmond Country Club. Delta’s Mary Parsons earned the other spot with a one-over 73.

“I think this is a first for me,” Chan said of her long string of pars. “I am pretty surprised with myself. I felt like I was scrambling all day for par. I made a lot of up and downs. It was a boring round, but I am happy with the result. The U.S. Amateur is a tournament I have always wanted to play in.”

Chan is heading into Grade 12 at J.N. Burnett  secondary in Richmond and hopes to play college golf. “I’m just going through that process,” she said. “It’s complicated and tough, but in the end it’s going to work out.” The U.S. Women’s Amateur goes Aug. 7-13 at San Diego Country Club in Chula Vista, Calif.

While Chan was churning out pars, Parsons birdied her final two holes to grab the second spot. “I knew even-par would be good,” Parsons said. “I was just trying to get as close to that as I could. I bore down the last four holes. I three-putted on 14, drained a really long putt on 15 and sunk a long putt from off the green on 17.”

The 17-year-old Parsons is a member of Golf Canada’s national development team. She got her season off to a good start with a win at the Future Links Pacific Championship at Chilliwack Golf Club in May, but her game hasn’t felt quite right of late.

Her round on Monday created a dilemma of sorts for Parsons. She had been awarded a spot on British Columbia’s team to the Canada Summer Games next month in Winnipeg. That event conflicts with the U.S. Women’s Amateur, so Parsons had to forfeit her spot on the Summer Games team. It wasn’t an easy decision.

“I have mixed feelings,” She said. “I’m disappointed to be missing out on the Canada Summer Games, but I know going forward U.S. Am is a whole other thing to be excited about. They are different, one is a team event and one is individual. But they are both prestigious events.”

Parsons was happy to learn that her Canada Games team spot will be going to her good friend, Tiffany Kong of Vancouver. Parsons, who is off to begin her freshman year at the University of Indiana, now has a busy end to her summer.