Chappell leads by one stroke after 3 rounds of Texas Open 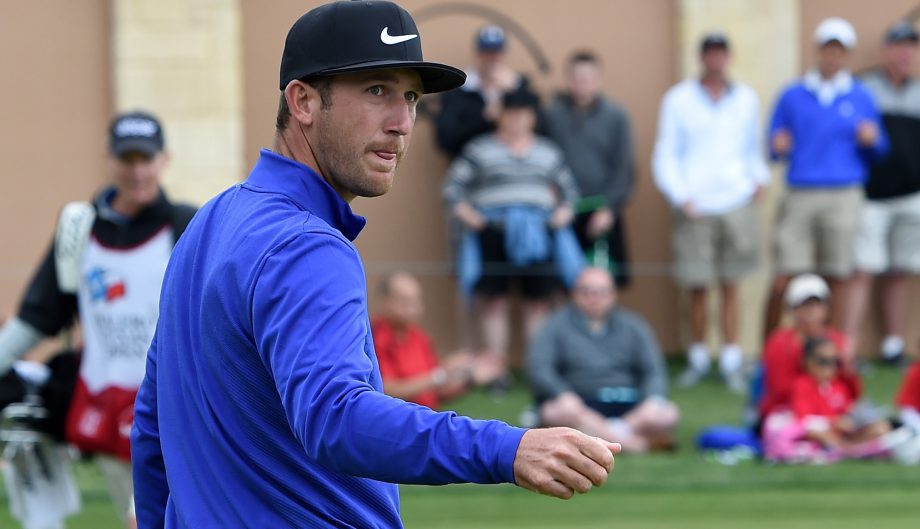 Chappell birdied three of his final five holes and finished with a 1-under 71 on Saturday, giving him a one-stroke lead after three rounds of the Valero Texas Open. He is 8-under through 54 holes. He was runnerup six years ago in the event and is ahead of first-round leader Branden Grace, who rallied with 2-under 70, and John Huh. After an eagle-birdie finish, Huh shot 71.

“It was about finding a rhythm,” Chappell said. “I knew when I found it, I could extend it. You can get it going on the finishing stretch.”

Chappell tied for seventh with Rory McIlroy at the Masters this month, and he got his late charge going Saturday after leaving an eagle putt short at the par-5 14th. He tapped in to gain a stroke, and he made good two holes later with a 12-foot birdie. He chipped to two feet on the downwind, 318-yard 17th and had another tap-in birdie.

Chappell, 30, flirted with trouble on the 18th when his second shot rolled next to a brook, but he had enough room for a full swing and reached the green to set up a 2-putt par.

“I knew my game was in a good place,” said Chappell, who took the week off after Augusta to celebrate the second birthday of his oldest son, Wyatt. “I had played some really good rounds of golf.”

Grace lost his early tournament lead with a 2-over 73 in the second round. But the South African rallied Saturday and had a lead until a bogey at No. 15.

“It was pretty irritating out there,” Grace said. “Pars out there are good. Just have to be patient.”

Gusts that blew past 20 mph kept scores high – there were 14 scores below par Saturday. On Friday 49 rounds were under par, and 69 sub-par scores were recorded Thursday.

As notable as Palmer’s round was in the windy conditions, it fits with the Texans’ profile at this course. Since the tournament moved to TPC San Antonio’s Greg Norman-designed Oaks Course seven years ago, Palmer’s got three top-10 finishes including his best of a fourth-place tie last year.

“As hard as it was blowing today, and as exposed as this course can be, it made for a challenging day,” he said. “Fortunately, I’ve had success out here when it’s blowing this way. I knew what to expect. I stayed patient and made a lot of putts.”

Palmer, originally from Amarillo, hasn’t won since Hawaii in 2010.

“The bomb at No. 6 went in like it was a 2-footer,” Palmer said. I felt like I could take it and run with it. You make a putt like that and it can get your momentum going.“

With these conditions, it didn’t take long for the second-round leaders to back up. Cauley bogeyed the first hole, and his co-leader Finau parred until bogey at No. 7 and a double bogey on the next hole after he was chipping for birdie from right in front of the green.

Cauley later was penalized a stroke when he double-chipped at No. 12 – he hit the ball a second time on the follow through of his greenside chip. He putted from 13 feet to save bogey.