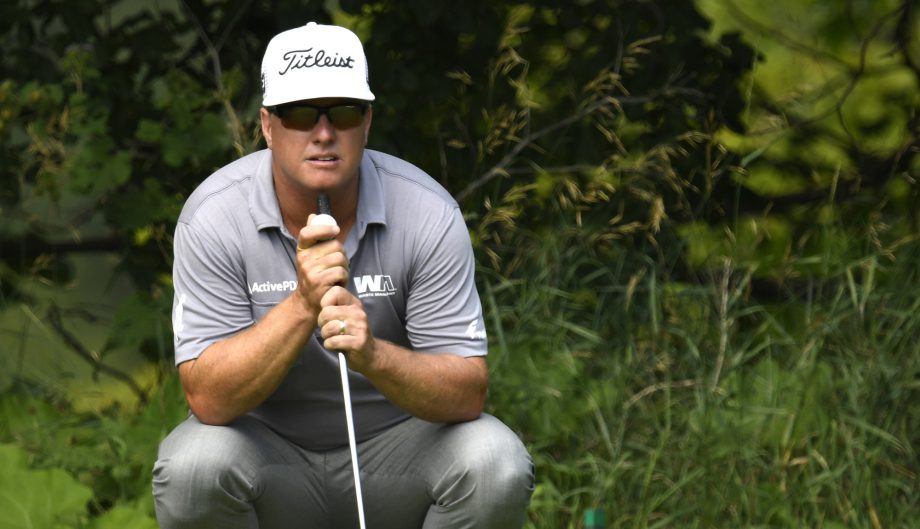 Charley Hoffman of Rancho Santa Fe, Calif., is the 54-hole leader at the RBC Canadian Open after carding a 7-under-par 65 in Saturday’s third round at Glen Abbey Golf Club.

Hoffman recorded eight birdies and just one bogey on the day, building a one-shot lead over fellow American Kevin Chappell.

“You know the birdies are out there,” said Hoffman. “A perfect day here to make some birdies and have some fun in front of the fans.”

A four-time winner on the PGA TOUR, Hoffman’s last victory came at the 2016 Valero Texas Open.

Starting the day in a tie for fourth, Chappell, from in Fresno, Calif., posted a 6-under-par 66 in round three to enter the final grouping with Hoffman.

“We are good friends. Our caddies are staying together,” said Chappell. “We’ll have some laughs and it will be a comfortable pairing, that’s for sure.”

Chappell has three top-10 finishes on the PGA TOUR this season, including a win at the Valero Texas Open. He came to Glen Abbey ranked 32nd in the Official World Golf Rankings.

Robert Garrigus, from Scottsdale Ariz., tied the Glen Abbey course record with a 10-under-par 62 in the morning wave, moving him to 15 under par for the tournament—a 43 spot climb up the leaderboard into a tie for third place with Gary Woodland.

It’s a great confidence builder,” said Garrigus. “I know it’s hard to follow up a good round with a really good one but I’ve done it before, so hopefully I can do it again.”

Woodland, from Topeka, Kans., had seven birdies on Saturday but carded a 4-under-par 68 due to a double-bogey on the par-4 third. He is searching for his third career PGA TOUR victory.

Defending champion Jhonattan Vegas is part of a group of six players tied for fifth at 14 under par. Vegas carded a 5-under-par 67 in round three and knows he’ll have to go low again tomorrow to defend his title.

“You have to stay super aggressive. There’s nothing else you have to be thinking of,” said Vegas. “There’s a lot of birdies out here. We have to find a way to make a few more birdies than everyone tomorrow and see what happens.”

World. No. 1 Dustin Johnson was 5-under-par on the front nine Saturday but a double-bogey on No. 11 derailed his round, and he posted a 4-under-par 68 in round three to finish at 12 under par.

Johnson is seeking his PGA TOUR leading fourth win of 2017.

After 54 holes, Graham DeLaet is the top Canadian at 7 under par in a share of 41st place.

Mackenzie Hughes – the other Canadian playing the weekend at Glen Abbey – posted a 2-over-par 74 in round three to sit T55.

Tee times for the final round can be found here.