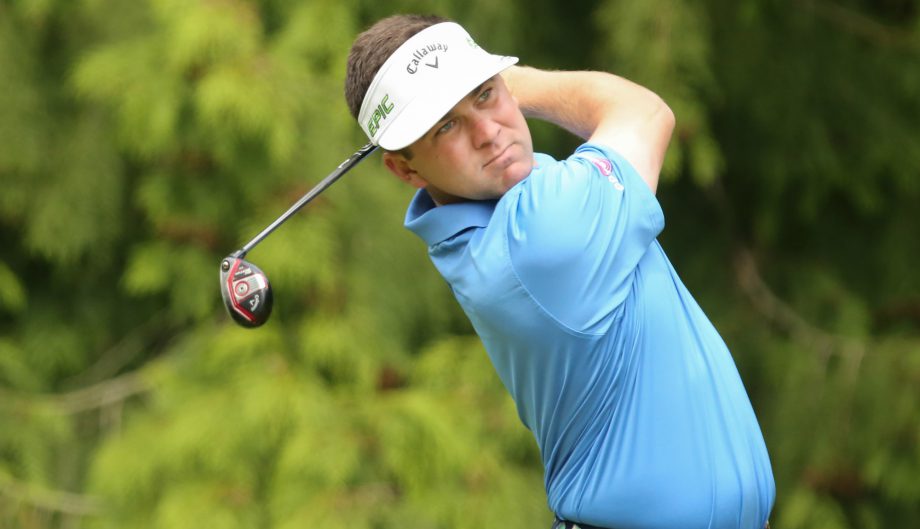 Indiana’s Chase Wright shot back-to-back rounds of 6-under 65 in rounds one and two to take a one-stroke lead over South Korea’s Todd Baek through 36 holes at the ATB Financial Classic, the eighth event of the 2017 Mackenzie Tour – PGA TOUR Canada season.

The 28-year-old, who is making his eighth career Mackenzie Tour start, hit 17 of 18 greens in regulation on Friday and made eight birdies on the day, including four birdies in his last six holes. Both of his bogeys were the result of three-putts.

“It goes back to patience and kind of accepting a bad or average shot,” said Wright, whose best finish in his first season on the Mackenzie Tour this year was T15 at the Players Cup. He entered this week on the heels of a T19 finish last week. “I haven’t been focusing on one thing, I’ve just been keeping it in front of me really well, and the speed’s been great on the green, so just keeping that up.”

This marks the first time Wright has held the lead on the Mackenzie Tour, but this isn’t completely new territory for him—Wright has played in 69 Web.com Tour events since turning pro in 2012 after graduating from Indiana University.

“It’s been about a year-and-a half, two years, since I’ve played this consistently,” said Wright, who held the lead after the first round of the Web.com Tour’s 2015 Price Cutter Charity Championship—his only lead on that tour after any round—before finishing T16.

“I don’t forget how to do it,” Wright said about being in contention. “If I just keep playing my game like I’m doing—if somebody beats me they beat me—but I can just control what I can control.”

Wright is making his eighth career Mackenzie Tour start in his first season on the tour. In a season marked by four made cuts and two top-25 finishes, the Indiana University alum’s best finish was T15 at the Players Cup.

Wright earned status on the Mackenzie Tour by finishing sixth at the USA West #2 Q-School.

Since turning pro in 2012, Wright has made 69 starts on the Web.com Tour, where he’s notched 12 top-25 and six top-10 finishes. His best finish came at the 2015 Columbia Championship, where he was in solo second after the third round but went on to finish T3.

While a collegiate golfer at Indiana University, Wright was selected to the All-Big Ten First Team and PING All-Midwest Region Team as a senior. He also won the 2010 Indiana State Open.