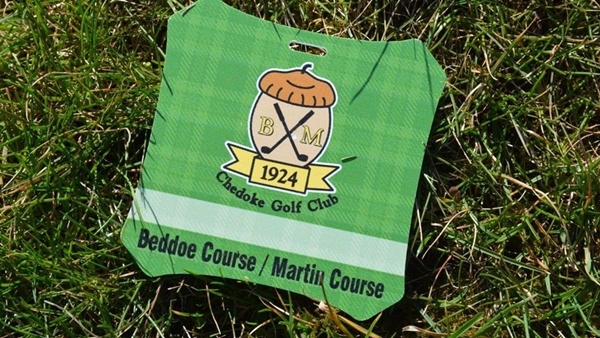 Nestled into the rolling parkland landscape of the stunning Niagara Escarpment, Chedoke Civic Golf Club dates back to 1896 when members of Hamilton Golf Club first started to play the game in the city with hickory clubs and rubber wound golf balls.

It was 90 years ago that Hamilton City Councillors finally agreed to purchase the original Aberdeen Road golf course lands from Hamilton Golf & Country Club in a move designed to open golf up to the working man in a city that was quickly growing and modernizing.

From about 1915 to 1919, the Club was used for military training and aviation purposes of the 120th City of Hamilton Battalion, CEF. Hamilton Golf & Country Club abandoned the site in 1916 when it moved to a new Harry S. Colt designed layout in Ancaster. It was around this time that George C. Martin first suggested the City of Hamilton buy the Aberdeen Avenue golf course to turn it into a municipal facility, but the war put that plan on hold.

In 1921, Martin again proposed that the City buy the golf course from the Hamilton G&CC. The City balked at the idea and Martin and a group of others took out a one-year lease on the land with an option to purchase it if the club proved viable. It was very successful and on December 26, 1923, after months of negotiations, the land was purchased by the City of Hamilton for $90,000. The club opened with 750 members in 1924. Martin (1866 to 1950) was the first President of the Chedoke Civic Golf Course (1924-1943). It was his vision to create a golf club for the working man and it is his name which is on the original course.

“Chedoke Civic Golf Club has been a great spot for golfers young and old to learn and play the game of golf for many decades,” says Hamilton City Councillor Brian McHattie. “Our community is fortunate to have an affordable golf option where people can enjoy this wonderful pastime with friends and family members. It goes without saying that both courses at Chedoke also beautify south-west Hamilton, it truly is a green gem in our neighbourhood.”

In 1928, Chedoke Civic Golf Course purchased 26 additional acres west of the old course. Canadian golf course architect Stanley Thompson and brother Nicol, who lived a couple of blocks from the course on Homewood Avenue, drew up a plan for four holes on the new property, a new hole at the base of the Niagara Escarpment, the widening of several holes, 18 new clay tees and the grading of a new road from Aberdeen Avenue to the clubhouse. This work was done in 1929 under the supervision of Nicol Thompson and Superintendent Alf Sims. As time and funds allowed, both Thompsons continued to upgrade and make changes to the course. What we know today as Nos. 1, 8, 9, 10, 11, 12, 16, 17 and 18 would be Thompson holes.

Chedoke’s second 18-hole layout, The Beddoe Course is named in memory of Harold Stewart Beddoe (1891-1969) who succeeded George Martin as President from 1944 to 1953. Work on the Stanley Thompson-designed Beddoe Course started in 1948. It opened for play in May 1950 using some temporary greens with 900-plus members at Chedoke. At the time, it was the only 36-hole municipal facility in Canada. By the spring of 1951, the entire course was in play and a new clubhouse opened. The Beddoe Course was significantly altered in 1961-1962 from par 71 to 69 when a 300 foot corridor bisected the parkland layout to create Highway 403. Architect K.M. Broman and green keeper Maurice Ducharme redesigned all but seven holes on the course at a cost of $124,000 with holes 11-17 essentially new. Today, architect Graham Cooke, who is based out of Montreal, oversees changes to all three City run courses as part of a long range plan for the facilities.

Golfers playing Chedoke will notice a walking/bike path that crosses through the parking lot behind the clubhouse. That path was originally the rail line for The Brantford & Hamilton Electric Railway (B&H), which operated a radial streetcar from Hamilton to Ancaster from 1908 to 1931.

In January 1964, Mayor Vic Copps opened a winter sports park at Chedoke with a 900-foot lift and a 1,900-foot ski slope. Chedoke was always a perfect learning hill, but when it opened it also boasted the third-steepest vertical drop of any hill in Ontario. It remained until 2003 when the money losing operation closed and the lift was taken down in 2009.

Rickie Fowler took an aerobatic plane ride with two-time Red Bull Air Race world champion Kirby Chambliss. Fowler got a taste of the high speeds and high g-forces in this stomach turning video created by our partners at the PGA TOUR.

SportBox has been retained to analyze all the assets and opportunities at the golf course level, and develop new strategies for corporate partners to connect with the millions of consumers that walk through the gates each year. As the agency of record for NGCOA Canada, SportBox will also represent the consolidated marketing interests of the NGCOA Canada in market.

The SportBox Consulting practice will lead the project, taking the NGCOA Canada and its members through a strategic analysis and planning phase to build a corporate platform with multiple touch points for brands, including experiential, events, and community investment opportunities.

“Through our discussions with the NGCOA Canada, we feel there is an opportunity to approach golf differently, as both a lifestyle and a sport,” said David Corelli, director, business partnerships, SportBox Entertainment Group. “When we look at the programs the NGCOA Canada manages and the sheer volume of consumers at the course level, we see great opportunity to develop integrated programs that not only provide corporate partners with value, but also enhance the experience for the golf consumer.”