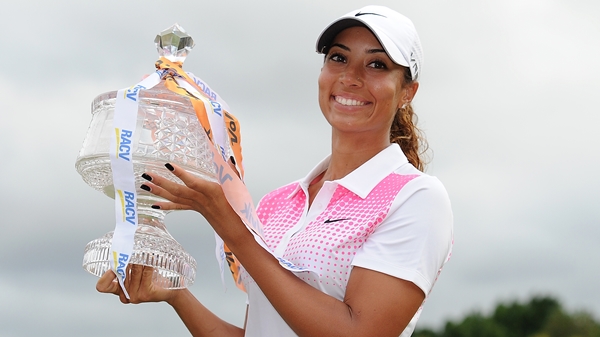 The 23-year-old Woods, Tiger Woods’ niece, closed with a 4-under 69 at Royal Pines to finish at 16-under 276. Lee also shot 69 in the event sanctioned by the European and Australian tours.

From Phoenix, Woods is the daughter of Earl Dennison Woods Jr., Tiger Woods’ half brother.

Woods turned professional in 2012 after an All-America career at Wake Forest and her only previous pro victory came in 2012 in a SunCoast mini-tour event. In December, she missed the cut in the LPGA Tour’s qualifying tournament in a failed bid to earn a spot on the circuit.

Woods will play next week in the LPGA Tour-sanctioned Women’s Australian Open in Victoria.

South Africa’s Stacy Lee Bregman and Sweden’s Camilla Lennarth tied for third at 12 under. Bergman closed with a 72, and Lenmarth had a 70.