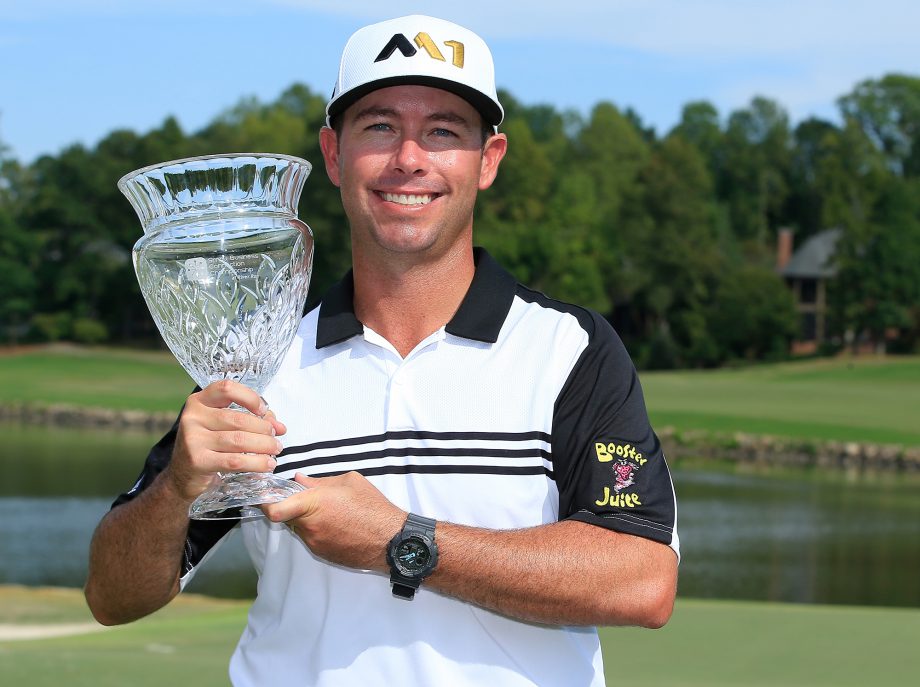 “It feels good to win again,” said Reavie, five strokes behind leaders Eric Axley and Argentina’s Emiliano Grillo entering the round. “I had played well during the summer, so I felt good about my future but you never know. You come into these tournaments and it’s all on the line. You have to play great to get through and fortunately I was able to do it today. It’s fantastic.”

He played the PGA Tour this season on a major medical extension following surgery on his left wrist.

“Being hurt for a while and not knowing what it’s going to be like when you come back isn’t easy,” Reavie said. “It’s very gratifying to know that hard work has finally paid off.”

Grillo, Jamie Lovemark and Steve Marino tied for second. Lovemark closed with a 67, Marino shot 68, and Grillo 72. They each earned $74,667.

Playing the group ahead of Reavie, Lovemark missed a 7-foot birdie putt on No. 18. Later, Grillo missed a 15-footer, and Marino a 12-footer.

“I had a good number for my 5-wood into the 18th green and I just pushed it a little bit,” Grillo said. “The first putt I hit way too hard, but it was difficult to judge. The second putt was a double-breaker and it went just a little more left than I thought.”

“If you would have told me at the start of the week that I would finish second, I would have taken it,” Grillo said. “I now have my PGA Tour card for next year, so I’m happy.”

The tournament was the second in the four-event series that features the top 75 players from the Web.com Tour money list, Nos. 126-200 in the PGA Tour’s FedEx Cup standings and non-members such as Grillo who earned enough money to have placed in the top 200 had they been eligible to receive points.

The top 25 players on Web.com regular-season money list – Lovemark was 12th, and Marino 19th – earned PGA Tour cards. They are competing against each other for tour priority, with regular-season earnings counting. The other players are fighting for another 25 cards based on series earnings.

Lovemark jumped to No. 5 on the combined money list, and Marino moved to No. 8.

For the second consecutive round, Canadian Brad Fritsch shot a 72 to finish tied for 43rd place.