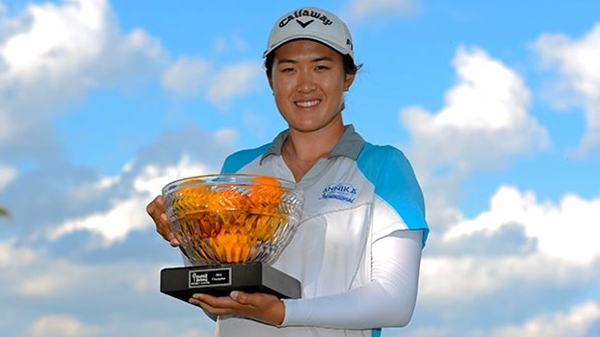 Feng closed with a 5-under 67 to finish at 9-under 207 at Lake Wales Country Club. She eagled the par-5 10th and had five birdies and two bogeys.

LeBlanc, a former Canadian Junior Girl’s champion and Team Canada member, had two birdies and two bogeys on the day.

The other Canadians were able to go substantially lower during the final round.

Sara-Maude Juneau of Fossambault, Que. (213) fired a 4-under 68 en route to her fifth place finish. Juneau, also a former Team Canada member, tallied six birdies and a pair of bogeys Sunday to finish at 213.

Kelowna, B.C.’s Samantha Richdale saved her best golf for the final round. She had the lowest score of all Canadians on the day – a 5-under-par 67. She tied for 14th at even par 216.

Brantford, Ont.’s Nicole Vandermade had a 4-under 68 Sunday. She credited her putter for the solid round.

Vandermade finished tied for 14th with Mississauga, Ont.’s Brogan McKinnon. The pair shot matching 4-under 68’s and were 2-over par for the tournament.

McKinnon, who is playing her first event as a professional, also thanked her play on the short grass after her round.

Both Vandermade and McKinnon are former members of Team Canada.