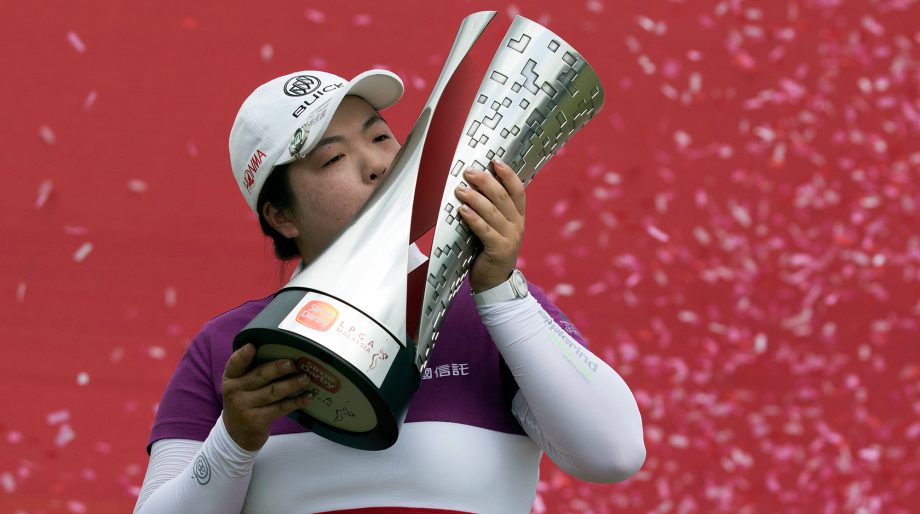 The 27-year-old Chinese star beat Suzann Pettersen by three strokes at TPC Kuala Lumpur, shooting a 4-under 67 after finishing off a third-round 64 in the morning.

Feng won the event for the second time to push her LPGA Tour victory total to five, ending a drought that stretched to her 2014 Kuala Lumpur win.

She has finished no worse than a tie for fourth in her last six events. After Rio, she tied for fourth at Evian in France, then opened the Asia Swing in China with a fourth-place tie at Reignwood, was second in Taiwan and tied for third in South Korea.

Tied with Anna Nordqvist after the Swede’s tap-in birdie on the par-4 13th, Feng regained the lead with a sweeping 18-foot birdie putt on the par-4 14th. She added a downhill 15-footer on the par-3 15th, and had a three-stroke lead moments later when Nordqvist three-putted the 14th.

Pettersen shot her second straight 66. Nordqvist had a 70, hitting into the water on the par-4 18th for a double bogey that dropped her into a tie for third with Amy Yang (69) at 12 under.

A stroke ahead of Nordqvist on Saturday when darkness stopped play, Feng returned to par the 18th and took a two-stroke lead into the final round when Nordqvist closed with a bogey.

Top-ranked Lydia Ko shot a 71 – making a double bogey on 15 and a bogey on 18 – to tie for 12th at 8 under. Malaysia’s Sargunan Suntharaj caddied for her in her first tournament since firing Jason Hamilton.

Hamilton immediately teamed with Ha Na Jang, and she ended up tying Ko at 8 under. Jang shot a 72. She birdied four of the first six, bogeyed five of the next six, and parred the last six.

Michelle Wie finished the third round with a quadruple-bogey 8 for a 73, and shot a 71 in the fourth to tie for 27th at 4 under.

The tournament was played on TPC Kuala Lumpur’s East Course, a week after Justin Thomas successfully defended his title on the West Course in the PGA Tour’s CIMB Classic.