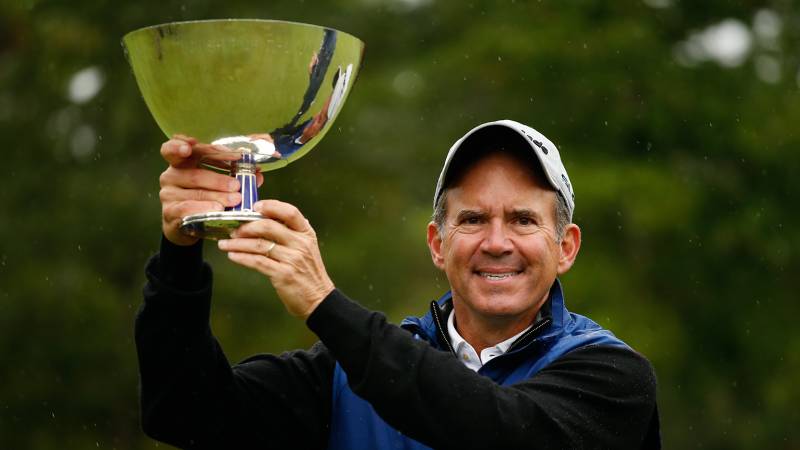 EGGS HARBOR TOWNSHIP, N.J. – Chip Lutz made his first trip to the final match pay off Thursday when he won the U.S. Senior Amateur over Tom Brandes.

Lutz, a 60-year-old from Reading, Pennsylvania, won the opening hole with a par and never trailed at Hidden Creek Golf Club. He won, 5 and 3.

Lutz made it to the semifinal round in 2010, 2011 and 2013. He advanced to the championship match with a 1-up victory over Tim Jackson, a two-time USGA champion.

Brandes, from Bellevue, Washington, also was runner-up in the British Senior Amateur two years ago.

The victory means Lutz is exempt into the U.S. Senior Open next year, the U.S. Amateur and U.S. Mid-Amateur for two years, and has a 10-year exemption from qualifying for the U.S. Senior Amateur.