Chip Shots: Hughes and CJGA get help from Freedom 55 Financial 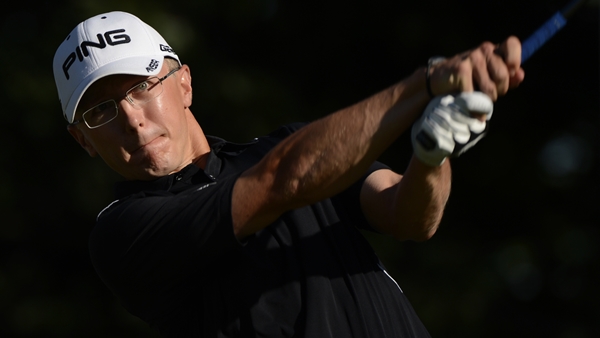 Freedom 55 Financial has announced it will be supporting rising Canadian star and Web.com Tour rookie Mackenzie Hughes as well as the Canadian Junior Golf Association (CJGA).

“We’re thrilled to partner with Mackenzie and are excited to watch him evolve as a professional golfer,” said Mike Cunneen, Senior Vice-President, Freedom 55 Financial. “As a Canadian organization that focuses on supporting individuals in achieving their goals and dreams, it’s a privilege for us to help up-and-coming Canadian golfers pursue their own aspirations.”

As a CJGA National Partner, Freedom 55 Financial will also take the title rights to the Clinics for Kids program. Held during CJGA events, Clinics for Kids is designed to invite and encourage youth from local communities to learn the foundations of golf through fun and informative clinics run by certified CJGA staff and PGA of Canada professionals.

The CJGA is a six-stage developmental program open to junior golfers aged 5 to 19 at all skill levels across Canada.

A member of the CJGA Alumni Association, Hughes will become an ambassador for the Clinics for Kids programs and provide tremendous value and input into its growth and development.

“I owe a lot of gratitude to the CJGA for kick-starting my career. It was always so amazing and humbling how the CJGA was so driven to provide a supportive avenue for kids to hone their golf skills and develop a love and respect for the game,” said Hughes.

As the Clinics for Kids ambassador, Hughes will be involved in the program from coast to coast.

“Our association with Mackenzie and the CJGA Clinics for Kids program is a great fit with our brand values of inspiring freedom, confidence and optimism for the future,” Cunneen said. “Together, these sponsorships will help us reach young people across Canada to help them achieve their freedom, whatever that may be.”

Hailing from Dundas, Ontario, Hughes was a standout amateur. A former member of Golf Canada’s national team, Hughes is a two-time Canadian Amateur Champion. Hughes is also an alumnus of Kent State University where he had an outstanding career on the men’s golf team. After a breakthrough campaign on PGA TOUR Canada in 2013, where both his modest personality and skilful performance turned many heads; Hughes is quickly ascending as one of Canada’s top touring professionals.

During his standout rookie season on PGA TOUR Canada, Hughes recorded four top-10 finishes, including a victory at the Cape Breton Celtic Classic. For his superior play throughout the year, Hughes captured the Freedom 55 Financial Canadian Player of the Year award as PGA TOUR Canada’s top Canadian player. Finishing first on the Order of Merit, Hughes gained fully exempt status on the Web.com Tour in 2014.

Freedom 55 Financial is also presenting sponsor of the TOUR Championship of Canada, PGA TOUR Canada’s marquee event, which is conducted by Golf Canada.

In September of 2013, when PGA TOUR Canada played the inaugural Cape Breton Celtic Classic presented by PC Financial in Sydney, N.S., the Canadian Sport Tourism Alliance (CSTA) conducted an economic impact study on the event and found the combined spending of visitors and event organizers in producing the event reached $1.0 million, which supported over $2.3 million of economic activity in Nova Scotia and $1.5 million in Sydney alone.

“We’re extremely pleased with the findings of the study completed by the CSTA,” said PGA TOUR Canada President Jeff Monday. “Leaving a positive impact in the communities where we play is essential to what we do, and having data to show how much of an impact this tournament made will help us as we look to grow the TOUR in Canada.”

The tournament, which saw 156 professional golfers from nearly 20 countries compete for a $150,000 purse, was the penultimate event on PGA TOUR Canada’s inaugural season, and is one of 12 events on the 2014 schedule.

The inaugural Cape Breton Celtic Classic presented by PC Financial was held at The Lakes Golf Club in Ben Eoin, just south of Sydney, from September 2-8, 2013 and conducted by SDI Marketing Inc. In addition to the 156 up-and-coming professional golfers, the tournament featured 205 Pro-Am participants and drew hundreds more each day in spectators. Mackenzie Hughes of Dundas, Ontario was the eventual champion, earning the $27,000 winner’s prize and propelling him to the top spot on the 2013 Order of Merit, earning him full status on the Web.com Tour for 2014.

A link to the full results of the study can be found here. The 2014 Cape Breton Celtic Classic presented by PC Financial will take place September 1-7, returning to The Lakes Golf Club in Ben Eoin.

Thunderbird Sports Management Inc. is the first golf course operator to bring the GolfBoard to Canada.

The Ottawa-based company will make GolfBoard available at two of its courses – eQuinelle Golf Club in Kemptville, Ont. and Thunderbird Sports Centre in Kanata, Ont. – starting this spring.

What began as a campaign on Kickstarter in late 2013, the GolfBoard was the darling of the PGA Merchandise Show that wrapped up in Orlando, Florida on January 24, where it was named “Best New Product.”

Powered by an advanced Lithium-ion battery, the GolfBoard is a single-person vehicle that a golfer rides between shots. The golfer controls the acceleration and braking using a controller, while the golfer’s body guides the steering.

British Columbia Golf will be hosting four free webinars this spring/fall to educate golfers and clubs as to how handicap factors are determined, how tournament scores work into the equation, how to compete equitably from different sets of tees, when to post scores and which scores are acceptable for posting.

The role of Golf Canada, British Columbia Golf, the Handicap Committee and the Player will be clarified as will how these four groups, working together make the handicap system work.

Each webinar is limited to 24 participants/sites.  You will require connection to the internet and speakers or headset to listen to the webinar. There is also an optional certification exam. The webinars will take place February 5, March 5, April 2 and May 5.