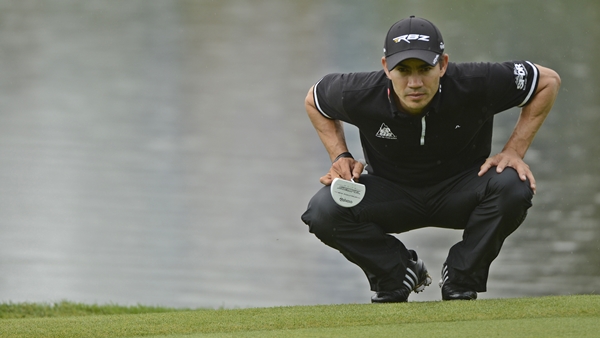 The PGA Tour put together the following video featuring the top-10 all-time fittest PGA Tour players. I’ll give you a hint as to who topped the list – he’s 78 and still manages 1,000 push-ups and sit-ups a day.

Korda, who enjoyed her most successful season on the LPGA Tour in 2013 with six top-10 finishes, will continue to play TaylorMade metalwoods, irons, wedges and ball and will wear adidas apparel and footwear per her new contract. The 20-year-old American turned pro in 2010 following a successful amateur career which included membership on the 2009 USA Junior Solheim Cup and 2010 USA Curtis Cup teams, made cuts at both the 2008 and 2009 U.S. Women’s Open Championship and managed a runner-up finish at the 2010 U.S. Women’s Amateur Championship.

Recari, a 3-time winner on the LPGA Tour and member of the triumphant Solheim Cup Team Europe in 2013, will play TaylorMade metalwoods, hybrid, irons, wedges and putter and wear TaylorMade headwear as part of her contract extension with the brand. The 26-year-old Spaniard began playing golf at age 11, and similar to Korda, enjoyed a successful amateur career with wins at the 2004 Spanish Amateur Championship and the 2005 French Amateur Championship, while also representing Team Europe in the 2005 Junior Solheim Cup. She joined the Ladies European Tour (LET) in 2005, playing through the 2009 season and qualified for the LPGA TOUR in 2009, where she’s played exclusively since 2010.

“We are excited that these three proven professionals have decided to continue their relationships with TaylorMade-adidas Golf as members of our tour staff,” said Chuck Presto, Senior Vice President, Global Sports Marketing. “As a trio of the most promising young players in a sport gaining popularity on a global level, we’re proud to have them representing our brands and influencing the next generation of players.”