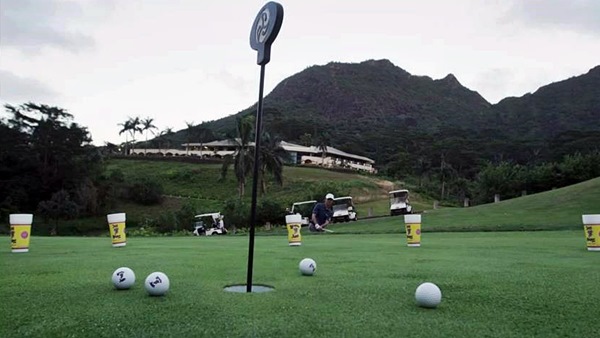 Booster Juice and Mike Weir have teamed up to launch a nation-wide initiative aimed at energizing Canadians in the pursuit of living a healthy and active lifestyle.

Throughout his career, Weir has developed a deep appreciation for how nutrition and living a healthy lifestyle set him up to perform and feel his best, both on and off course.

Booster Juice and Weir will work together over the three-year partnership to develop content that speaks to Canadians on the importance of healthy eating and living, highlighting how Booster Juice can play an important role. The campaign will see Mike appearing in a number of Booster Juice commercials, in an outdoor campaign, on in-store point of purchase material, as well as making special appearances for the company.

The partnership will also have a strong focus on supporting The Mike Weir Foundation, which is dedicated to advancing the physical, emotional and educational welfare of children in Canada. Each year, Booster Juice will create a month-long consumer fundraising initiative that will be activated across its 300 locations.

“Booster Juice is a strong Canadian-grown brand that has done wonderful things for charities across the country,” said Weir. “Giving back is a big part of my life and something that my family believes in. It is a great fit.”

A hat tip goes to Justin Lachapelle of St-Lazare, Que., who found a unique use for his golf cart during the winter.

Nike Golf is amplifying the story of innovation behind the new Nike VRS Covert 2.0 driver with its new “Play in the Now” campaign. With the first piece airing January 25th, “Play in the Now” is a series of TV spots that takes a humorous but pointed jab at golfers who are afraid to try new technology and, as such, reject advancements in innovation.

Accompanying the main 30-second spot are 15-second vignettes featuring a variety of crusty characters who, if they’d had it their way, would still have golfers hitting wooden balls with crooked sticks on the shores of Scotland.

More spots highlighting Nike Golf’s advancements in technology will be aired in the coming months to complement the campaign.