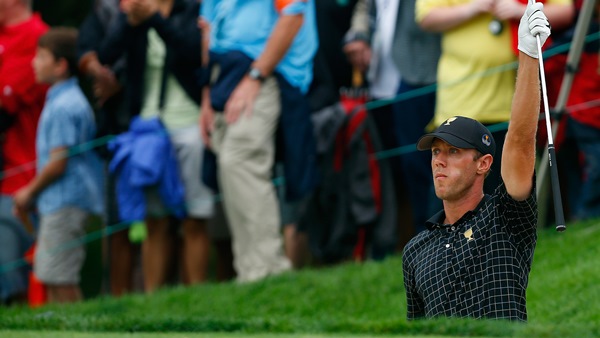 The Canadian Junior Golf Association has released a document recapping their 2013 Year in Review. You can check it out here.

Nevada man gets probation for shooting golfer who broke his window

RENO, Nev. – A Reno man has been placed on probation and fined $1,000 for shooting a golfer whose errant ball broke a bedroom window at his home.

Jeff Fleming, 53, was put on probation for up to five years in Washoe County District Court. He had faced as much as 10 years in prison and a $10,000 fine after he earlier pleaded guilty to a felony charge of battery with a deadly weapon.

The unidentified golfer who struck Fleming’s house took a drop and was attempting to play his next shot on the Lakeridge Golf Course in September 2012 when Fleming fired a shotgun at him. The golfer, who was playing with a friend, was treated at a hospital for minor injuries to an arm and both legs.

Fleming’s attorney, Larry Dunn, said Friday his client was just waking up when the stray golf ball shattered his bedroom window and sprayed him with glass shards. Fleming shot at the golfer from some 50 yards away in an attempt to scare him, not injure him, Dunn said.

The ball “came crashing through the bedroom window and it startled him, and he thought he was being shot at,” Dunn told The Associated Press. “He anticipated the ball coming through might have been intentional, and thought there was potential harm.

“There’s no question the single shot he fired was a warning or to scare him. There was no intention to hit him,” he added.

Police said the golfer and his partner ran away after the shot was fired, and it wasn’t until they were safe that the golfer realized he had been hit. One or two shotgun pellets had to be removed from his body at the hospital.

Fleming expressed remorse, telling the judge Thursday he was shocked at his own behaviour.

While his house is located along the golf course, Dunn said, it was the first time it had been hit by a golf ball in the 10 years he has lived there. The house is positioned away from the flight path of golf balls, he said.

The area around the 16th hole was evacuated after the shooting. Fleming drove to Dunn’s office, where he surrendered without incident.

Fleming had no previous criminal record.

“He’s an outstanding citizen and it (shooting) is just an aberration,” Dunn said.

Morris Dalla Costa of the London Free Press compiled a list of the Top 10 most exciting things that happened in London Sports for 2013. Included on the list, coming in at No. 8, is the return of the LPGA Tour to the London area – the London Hunt and Country Club will host the Canadian Pacific Women’s Open in 2014. You can check out Dalla Costa’s full list here.