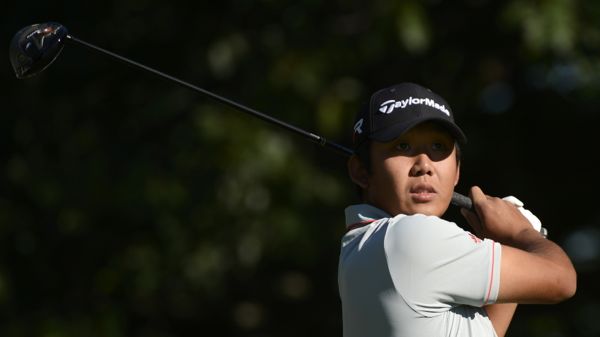 ORLANDO, Fla. – Toronto’s Albin Choi and Uniontown, Ohio’s Ross Beal shared the lead midway through the third round of PGA Tour Canada’s Florida Qualifying Tournament before play was suspended due to dangerous weather in the area.

Choi, a 22-year old member of Golf Canada’s Young Pro Team, carded a bogey-free 32 on his first nine holes, while Beal, a 30-year old who lives in Orlando, posted an eagle and a birdie on his front nine, both reaching 14-under par through 45 holes. The pair were atop a jumbled leaderboard, with 10 others players within three strokes of the lead.

With thunderstorms moving into the Orlando area in the late afternoon, play was suspended at 5:11 p.m. and later called for the day. Play will resume on Friday morning with players in position at 7:45 a.m. and the fourth round beginning at 8:45 a.m.

“It really helped getting off to three birdies early and hitting some really good shots,” said Choi, who opened with three consecutive birdies. “It was nice to see some putts fall and get the confidence going early on. The course is going to be soft tomorrow morning after the rain so I’m looking forward to some of the get-able scoring holes out there.”

“I’m just trying to continue what I’m doing and keep the good play going into tomorrow morning,” said Beal, taking an optimistic approach to resuming his third round tomorrow. “I feel like I lucked out being able to come back and finish in perfect conditions tomorrow morning and I’m just hoping to keep giving myself opportunities to make birdies.”

One stroke behind Beal and Choi were Spence Fulford and Cody Martin, both of whom made a move with a 5-under 31 on their first nine holes to reach 13-under.