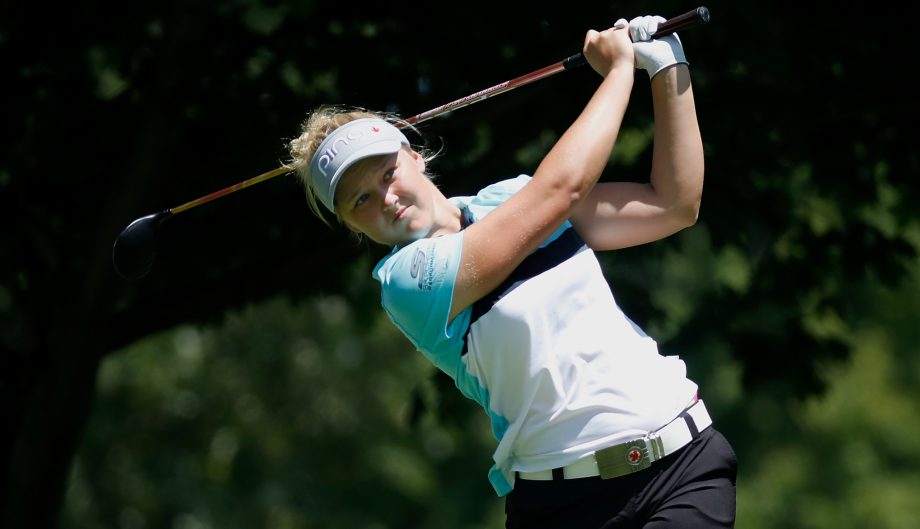 When the wind picked up in the afternoon and the sun beat down on Olympia Fields, Chella Choi delivered a smart, steady performance.

The kind that wins major championships.

Choi shot a 4-under 67 on Saturday for a share of the lead with Danielle Kang heading into the final round of the KPMG Women’s PGA Championship. Kang birdied the par-5 18th to join Choi at 10 under, setting up a final pairing of two players looking for their first major title.

Jiyai Shin rocketed up the leaderboard with a 64, the best round of the day and good enough for third all by herself at 8 under. Defending champion Brooke Henderson of Smiths Falls, Ont., was another stroke back after a 69.

Kang and Sei Young Kim were tied for the lead after the second round. While Kim stumbled to a 72, the 24-year-old Kang had five birdies and two bogeys.

She saved par with a perfect bunker shot on No. 12 and then birdied the par-4 14th to get to 10 under for the first time. She gave a shot back with just her second bogey of the tournament on 16, but recovered with another nice bunker shot to set up her closing birdie.

Hamilton’s Alena Sharp was eight strokes off the lead.

“I’ve been working on my game every day to get better,” Kang said. “Like I said previously, all I could do is work on my game and hope that every day, just chip away at your game and it gets better every day and that’s where it’s getting at. Every year, I’ve just been performing better. I have trust in my own game.”

The 26-year-old Choi had four birdies and no bogeys. She credited her solid play to her father, Ji Yeon Choi, who is caddying for her again after her play suffered when he retired following her only LPGA Tour victory in the 2015 Marathon Classic.

“I played bad, so my mom tell to my dad, go help Chella, why are you staying here?” Chella Choi said.

Shin, a former world No. 1 and two-time major champion, took off after a birdie on No. 9. She played the back nine in 5-under 30 to grab the clubhouse lead while Kang and the leaders were out on the course.

It’s a rare U.S. tournament for Shin, the straight-hitting South Korean player who left the LPGA Tour a couple years ago and moved to Japan to be closer to her family.