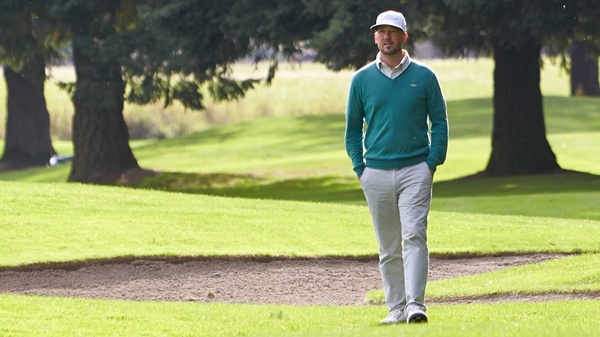 For the second straight season, Chris Bertram is the Canadian Collegiate Athletic Association’s Coach of the Year in golf.

The University of the Fraser Valley Cascades coach for both men’s and women’s teams received the award at the 2014 PING CCAA Golf National Championships in Quebec City.

“Chris has great vision, dedication and an unwavering love of varsity golf,” said CCAA golf convenor Albert Roche. “He is a class act, illustrating that nice guys can finish first.”

This week, Bertram’s men’s and women’s teams also look to repeat as National Champions after dominating the event in 2013. UFV enters the event with both No. 1 CCAA rankings.

“Chris has been the driving force behind last year’s national successes as a coach at UFV and continues in his leadership role, stepping forward to secure the bid to host golf nationals in 2015,” said Roche.

This season, Bertram guided both the men’s and women’s teams to PACWEST championships for the second straight season. It was the third consecutive provincial gold for the men’s squad. After four tournaments, the Cascades men’s team finished 13 shots clear of Camosun College, while the women’s team placed 26 strokes ahead of UBC Okanagan.

The 2014 season was a busy one for Bertram; he was a member of the coaching staff for Canada’s Women’s contingent at the World University Golf Championships in Switzerland. In addition, he has also served as the interim Athletic Director at UFV. The 2015 season promises to be just as eventful for Bertram as the Cascades host the National Championships.

Bertram has also been voted the top golf coach in the PACWEST in four of the last five years.

ACAC: Medicine Hat College’s Trevor Moore guided the men’s and women’s Rattlers to five Top-3 finishes in ACAC play this season. The men’s team’s third-place showing at provincials earned them a berth to the National Championships.

OCAA: Durham College’s Tyler Martin led the Lords to a third-place finish at the OCAA Championships, one year after the team placed 8th in Division II. Now, they’re the No. 8 ranked team in the CCAA. In conference play this season, the Lords captured the team title in their own tournament, the DC Open, and placed third at the Fanshawe Invitational.

RSEQ: Benoit Lemieux guided Cégep André-Laurendeau to a sweep of all four events in Quebec in 2014. Lemieux’ team captured the RSEQ title with a 27-stroke victory and they enter the National Championships as the 7th ranked men’s team in the CCAA.