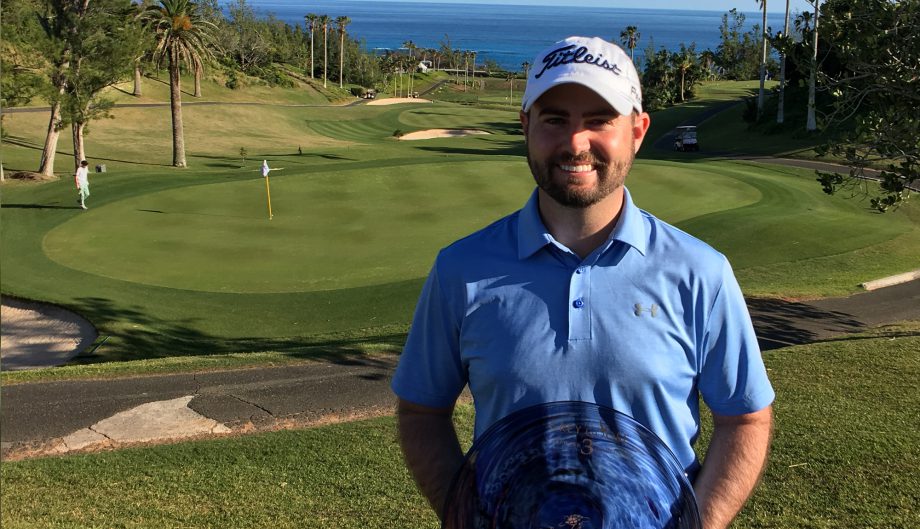 The final round of the GREY GOOSE World Par 3 Championship saw numerous lead changes, but a birdie on the last hole gave American Chris Ward the win.

Standing on the tee of the final hole, Ward was tied with fellow American and clubhouse leader Jimmy Lytle at 4-under. Ward’s tee shot sailed over the flag, setting up the birdie opportunity from about six feet.

“I had a pretty good idea that putt on the last was for the win,” Ward said. “For a six-foot putt I had to play it outside of the hole, so luckily I hit it at the right pace and it turned at the end to fall in the hole.”

With the win, Ward will take home not only the champion’s first place prize money of $10,000 (USD), but a ton of confidence and experience as well.

“I was fortunate enough to play in the final group today with Chip Beck and learned so many invaluable things just from watching him,” Ward said. “I actually thought I was going to be more nervous today, but Chip’s such an easy-going guy that it made it really easy for me to stay calm.”

Beck, the four-time PGA Tour winner and three-time American Ryder Cup member, lead heading into Saturday’s final round, but slipped on Satuday to T8 for championship.

With radiant sun and little-to-no wind, conditions were ideal for Saturday’s final round and players definitely appreciated it.

“This golf course is just awesome and the greens are about as pure as any that I’ve putted on in many years,” Tubb said.

“This is just a gem of a par-3 golf course,” Kitts said. “You’re staying at the Fairmont, the weather is perfect and it’s way better than being back home in the cold.”