Chris Wood comes from 5 strokes behind to win Lyoness Open 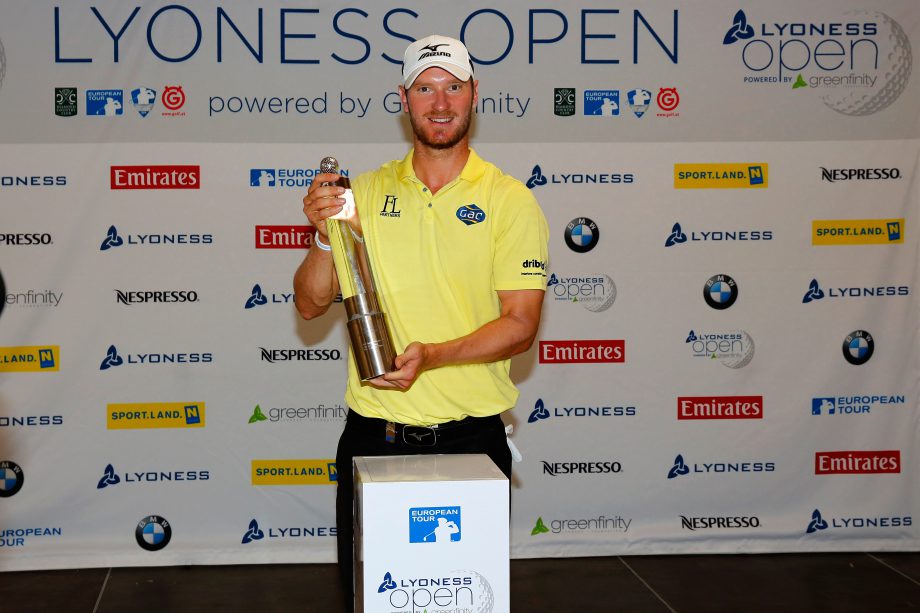 ATZENBRUGG, Austria – Chris Wood came from five strokes behind to win the Lyoness Open on Sunday for his second European Tour title.

The Englishman had a bogey-free round of 5-under 67 to finish on 15-under 273, two strokes clear of 2009 champion Rafa Cabrera-Bello of Spain.

Overnight leader Gregory Bourdy of France faltered, carding a 78 and dropping to a tie for sixth place. Cabrera-Bello, who was two strokes off the lead going into the final round, shot a 72.

“I had in my mind today that, regardless what (Bourdy and Cabrera-Bello) did today, I needed a good score,” Wood said. “That was all I could do.”

Wood set the tone by picking up three strokes on the first six holes, and added two straight birdies on the back nine.

By that time, the Englishman had already overtaken Bourdy and Cabrera-Bello. The Frenchman double-bogeyed the par-3 second and had five bogeys in total, while the Spaniard lost his grip on the trophy after three straight bogeys between the ninth and 11th.

The win capped Wood’s comeback from a wrist injury that ruled him out of the final months of last season after he tripped in the gym and tried to break the fall with his hand.

“I was off injured, broke a bone in my wrist, so I was quite a while away from playing,” he said. “I have been working so hard, so I deserved a victory. But you never know when they are going to come so you take them when you can.”

The 124th-ranked Wood, who won the Qatar Masters two years ago and finished fourth in the PGA Championship at Wentworth three weeks ago, will climb around 40 places in the rankings after becoming the fifth English winner of the Austrian Open and first since Kenneth Ferrie in 2011.