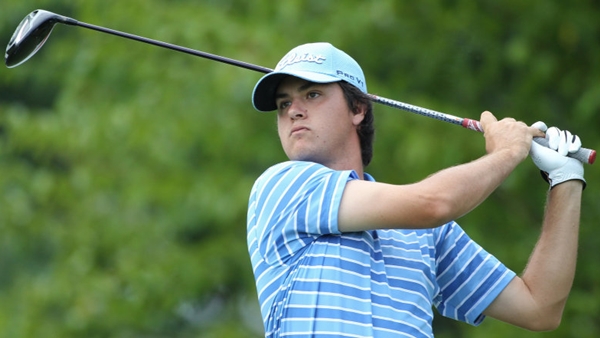 The 24-year old carded eight birdies, an eagle and two bogeys to lead by one over Orlando, Florida’s Ross Beal after 18 holes.

“I rolled the rock pretty well today. I made a couple of putts outside 10 feet today, and I don’t usually do that,” said Worrell, a University of Tulsa grad.

Worrell got off to a hot start with three birdies and an eagle in his first five holes, and said his strong opening round would allow him to ease the pressure of the final three rounds slightly.

“It’s nice to get a start and understand that I’ve got a little bit of room to play with, knowing I can fire at some flags and not worry about it too much,” added Worrell.

A shot behind Worrell was Beal, who took advantage of the par-5s at Orange County National with four birdies and an eagle to sit at 7-under.

“I hit the ball really well tee-to-green. I’m probably one of the longer players here and I was able to get to all the par-5s in two. With five par-5s, I think that’s going to be the key to scoring well here this week,” said Beal.

Three players – Max Gilbert of Saint-Georges, Que., Zack Byrd of Greensboro, N.C. and Ty Dunlap of Westlake, Tex.– were two shots back at 6-under 66 after the first round.