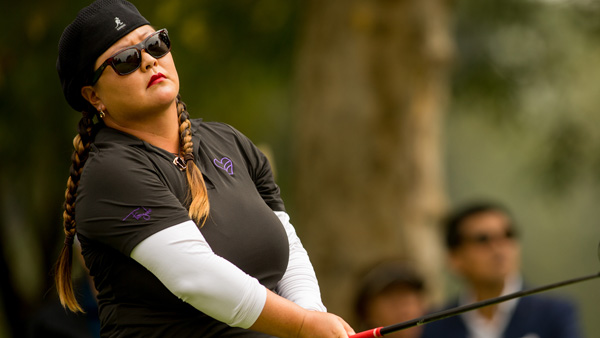 MEXICO CITY — Christina Kim shot a 4-under 68 on Saturday to increase her lead to five strokes in the Lorena Ochoa Invitational.

A stroke ahead after each of the first two rounds, Kim had a 14-under 202 total at Club de Golf Mexico. She won the last of her two LPGA Tour titles in 2005.

Kim matched China’s Shanshan Feng for the best round of the day in calm, sunny conditions on the tree-lined course. The 30-year-old American birdied two of the first three holes, bogeyed No. 5 and pulled away with birdies on Nos. 10, 13 and 17.

Feng was second. She won the LPGA Malaysia last month.

South Korea’s So Yeon Ryu, Spain’s Azahara Munoz and Thailand’s Pornanong Phatlum were 8 under. Ryu had a 69, and Munoz and Phatlum shot 71.

Top-ranked Inbee Park was sixth at 7 under after a 69. She’s coming off a victory two weeks ago in the LPGA Taiwan.

Paula Creamer, second entering the round, had a double bogey and two bogeys in a 76 to drop into a tie for eighth in the 36-player field at 5 under.

Michelle Wie was 3 under after a 71. She won the 2009 event at Guadalajara Country Club for her first LPGA Tour victory.

Second-ranked Stacy Lewis had a 70 to reach even par.