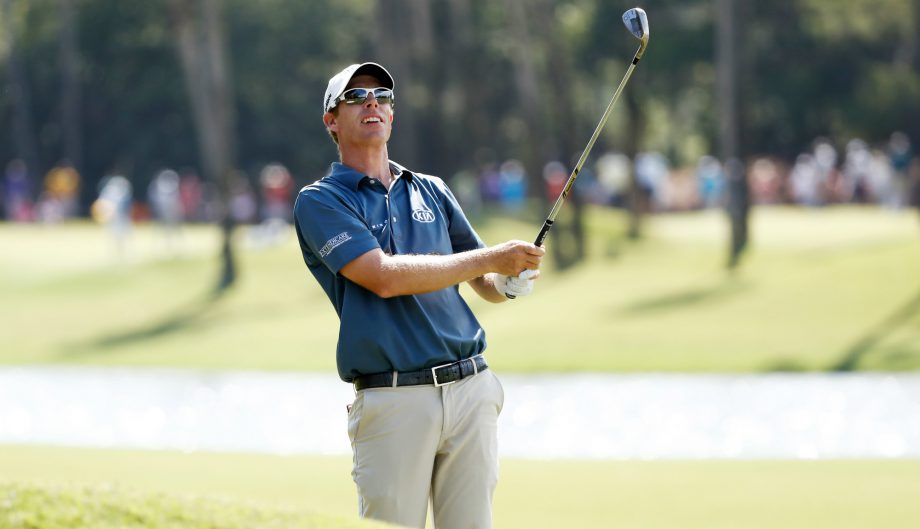 Rafa Cabrera Bello shot a 5-under 65 on Saturday to join Ben Crane and Stewart Cink in a three-way tie for the lead after three rounds at the St. Jude Classic.

Cabrera Bello, a 33-year-old from Spain, has four international victories, but has never won on the PGA Tour. He’s 30th in the World Golf Ranking.

The 44-year-old Cink has gradually improved his game since missing several weeks last year to help care for his wife Lisa, who was diagnosed with Stage 4 breast cancer. He qualified for the U.S. Open on Monday in Ohio and has now had three solid rounds at the par-70 TPC Southwind course to contend for his first victory since winning the 2009 British Open.

He had a good start on Saturday, with birdies on three of his first five holes. He opened up a three shot lead at 11-under after a seven-foot birdie putt on No. 5, but dropped back to the field after three bogeys on the back nine.

Luke List and Chad Campbell both shot a 66 and are one stroke behind the leaders. List made two eagles on the back nine to vault into contention.

Campbell, who recently turned 43, hasn’t won a tournament since the 2007 Viking Classic. He started Saturday five shots back of the leaders, but charged up the leaderboard with five birdies and only one bogey.

Chez Reavie, Charl Schwartzel and Sebastian Munoz started the third round with a one shot lead over Cink, but all of them struggled. Reavie is still in contention after shooting a 72 and is tied with Matt Jones and Kevin Chappell at 7-under, two shots behind the leaders.

Brantford, Ont., native David Hearn is T9 after a 3-under par 67. He’s 6-over par three shots back of Cabrera Bello